The Vall d'Hebron Barcelona Hospital Campus and IQVIA, the largest Contract Research Organization (CRO) worldwide, have signed a preferential collaboration agreement (Prime Site Agreement), according to which both institutions commit to work together in the realization of clinical trials in a framework of excellence for the benefit of the patient and all related agents. Through this agreement, the first with a hospital in southern Europe and one of the only 16 that have been signed throughout Europe, IQVIA will offer Vall d'Hebron, as a priority or preferential, any clinical trial managed by the American company.

During 2017, Vall d'Hebron participated in 1,015 clinical trials. A total of 115 (around 11%) were managed by IQVIA, which makes it the main promoter of commercial clinical research in the Campus. Among the trials managed by the Vall d'Hebron Institute of Research (VHIR) and the Vall d'Hebron Institute of Oncology (VHIO), 61 belonged to the area of Oncology in adults and the remaining 54, to areas such as Neurology (23), Internal Medicine (14) or Pediatrics (9), among others. A win-win alliance Vall d'Hebron is consolidated as well as a leading center in the conduct of clinical trials, both for the volume and the complexity of its design. And the main beneficiaries are the patients who will have more opportunities to access therapies and treatments not yet available. But also, professionals who acquire knowledge and professional projection. In addition, the Vall d'Hebron Campus increases its visibility, its positioning and, most importantly, its ability to attract talent. For Dr. Vicenç Martínez Ibáñez, Vall d'Hebron Hospital Manager, the agreement means "strengthening the Campus's leadership in clinical trials, as well as our alliance with a global giant such as IQVIA".
IQVIA is a Contract Research Organization, a mediating / managing company between pharmaceutical companies and hospitals for clinical trials. It works with the big pharmaceutical companies that promote the most advanced, innovative and complex trials. Result of the merger between IMS Health and Quintiles, IQVIA allows companies to approach clinical development and commercialization from an innovative perspective, as well as accelerate the achievement of significant results in health care. According to Laura Sánchez, IQVIA Senior Director Site Management, "it is an agreement to work more closely, to collaborate in more studies, get good data and take the medicines to patients as soon as possible. This agreement involves the assignment of an IQVIA (Prime Site Manager) manager, dedicated to the hospital one hundred percent. "

IQVIA is forming several therapeutic networks to attract more studies to Spain, in which Vall d'Hebron already participates or will participate. These are networks such as the Early Phase Oncology Network, a network in Pediatrics and Rare Diseases, in Alzheimer's Disease, NASH and Ophthalmology and a network in Early Phases in Psychiatry.

"A month ago, we signed the first contract for an academic study with the VHIO and, from this promising start, our intention is to create a unit within IQVIA that allows us to offer the possibility of doing these studies, so important in the development of the new drugs, in other therapeutic areas ", said Laura Sánchez.

With this agreement, IQVIA can guarantee to pharmaceutical companies that clinical trials are carried out in a reference and prestige center, with recognized professionals and with a consolidated structure for the development of biomedical research.

For the Dr, Josep Tabernero, director of the VHIO, "this strategic alliance between IQVIA and the Campus Vall d'Hebron represents a further advance in the lines of research of Precision Medicine in all areas of Medicine as a continuation of the development that we already had cancer areas, especially in the early development of new drugs".

For his part, Dr. Joan Comella, director of VHIR, said that "bring the medicine of the future (the use of gene therapy or stem cells, among others), through partnerships between the best".

The will of the Vall d'Hebron Campus goes beyond the signing of this Prime Site Agreement and raises the possibility of exploring other areas of joint work with IQVIA, such as the development of training actions or patronage projects. 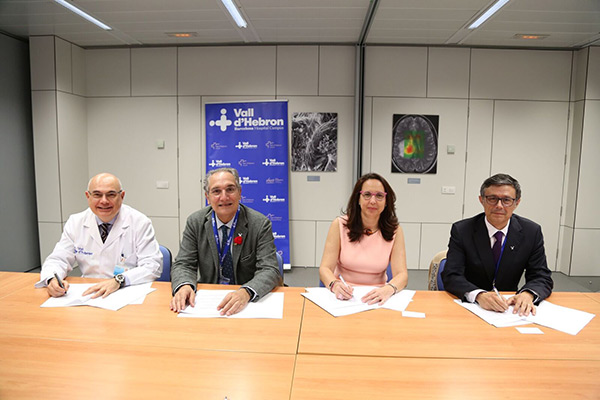 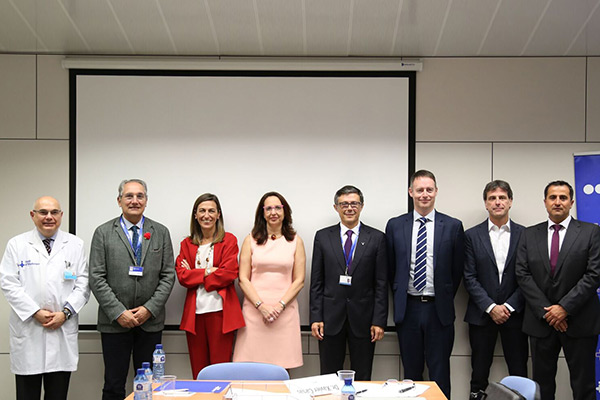 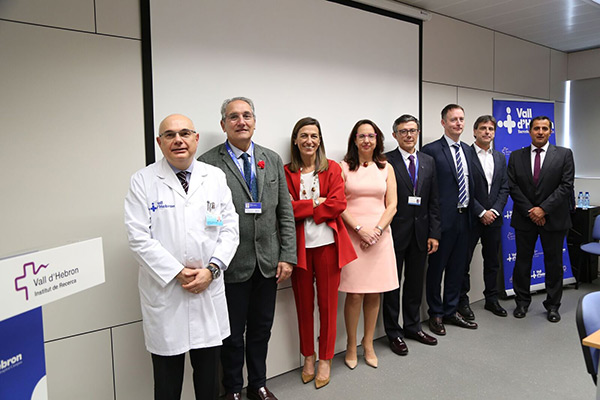