The Middle East and North Africa region is said to have some of the highest rates of depression in the world. Tackling the stigma associated with mental illnesses is a major challenge for healthcare providers.

With the help of advanced social media listening capabilities, IQVIA’s Middle East and Africa team researched depression to gain better understanding of their suffering and treatments. We followed depression-related discussions and social media posts in seven countries: Turkey, Egypt, Saudi Arabia, UAE, Kuwait, Lebanon, and Algeria. We listened to patients’ emotions, their expressed reactions to medications, and identified the platforms where they discussed their issues.

Based on our study, we have also delved into possible action points for organizations to reach out to patients, platforms where patients are more likely to hear them, and the unmet needs that providers can work on to benefit the quality of lives of patients with depression.

With much of the conversation and discussions taking place on Twitter throughout the region, pharmaceutical companies and other industry stakeholders can benefit greatly from listening to and engaging patients on the social media platform.

Companies can also exploit the wide use and reach of blogs and forums in the region. Blog articles and forum discussions that raise awareness and answer patient questions can increase a pharmaceutical company’s reach and recognition among patients.

In terms of language, English was the most widely used language throughout the region, with the exception of Turkey.

In Egypt, Twitter accounted for over 80% of the conversation. Blog posts accounted for a tenth. Egyptians also resorted to forums to share their experiences and knowledge. English was used in about three-fourths of the posts and discussions and Arabic took up the remaining fourth.

Twitter also remained the largest platform for depression-related discussions in the UAE. Blogs accounted for approximately a fifth, and news articles took up 9% of the conversation. Nearly all of the discussions took place in English, with Arabic accounting for only 5% of the posts.

To understand patients’ emotions, we looked for expressions of concern, dissatisfaction, satisfaction, and anger in patients’ posts and communications online. Concern and dissatisfaction were the most prevalent emotions expressed among patients online. Healthcare industry stakeholders can utilize this information to better address the problems patients face and help improve their quality of life.

In Turkey, 29% of the conversations on depression expressed some form of emotion, and the emotion most prevalently expressed was concern. Of the four emotions we tracked, anger was the least commonly expressed emotion Turkish patients used when discussing depression. The driving factor patients mentioned was quality of life.

In Egypt, patients suffering from depression expressed emotions of concern and dissatisfaction, with words including ‘sadness,’ ‘panic attacks,’ ‘numbness,’ and ‘weak’ used in those discussions. Topics included the impact depression had on their quality of life and emotional stability.

People in Saudi Arabia rarely expressed their depression-related emotions, with those posts and discussions accounting for less than 1% of the conversations that were monitored. Much of the conversations revolved around the symptoms associated with depression, and the effect it had on concentration, appetite, and energy.

Patients suffering from depression in the UAE expressed feelings of concern and dissatisfaction in their social media posts and discussions. The fear of prognosis and the impact of depression on the well-being of both the patients and the caregivers were also mentioned. 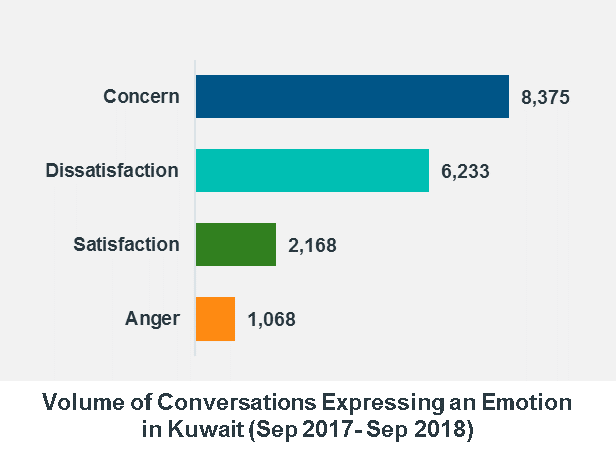 Over 70% of depression-related conversations in Kuwait involved expressions of emotions, with concern and dissatisfaction being the top two emotions expressed in those discussions.

In Lebanon, discussions focused on the need for increased awareness of drug and treatment options for depression. When emotions were expressed, concern and dissatisfaction were also the most prevalent emotions expressed in online posts and conversations.

In Algeria, 62% of the online conversations expressed emotions, with dissatisfaction and concern being the most expressed among them. Severe symptoms and low quality of life were noted as being linked to those negative emotional states.

In addition to the platforms and languages used and the emotions expressed, we also focused on the drugs patients talked about. We listened to patients discuss the drugs they used, their side effects, effectiveness, and whether and when patients stopped using them. For pharmaceutical companies and pharmacies, this information helps them understand patients’ reactions to the drugs better and identify how effective the drugs really are in improving patients’ quality of life and alleviating the effects of depression. 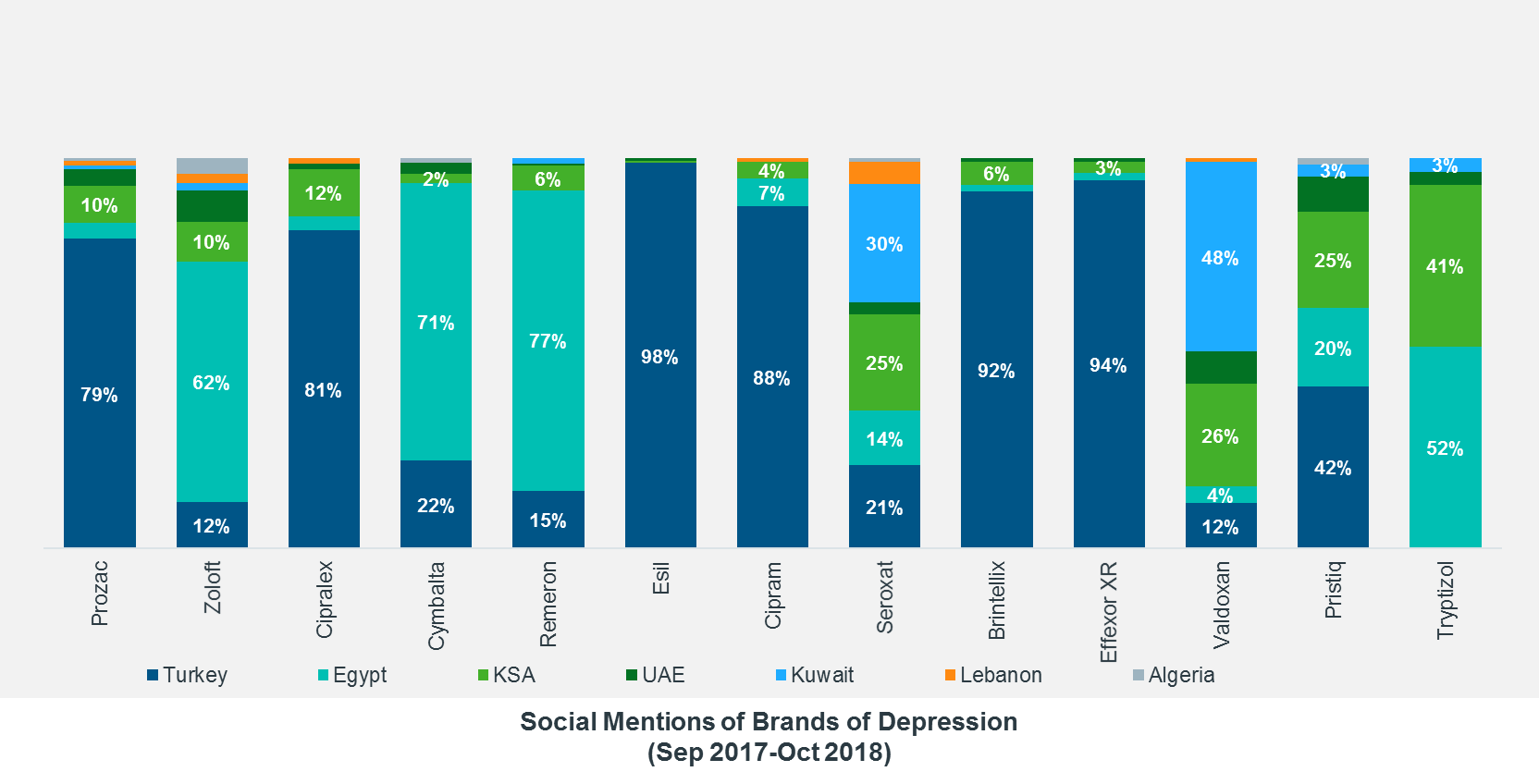 IQVIA’s social listening capabilities enable stakeholders and pharmaceutical companies to better understand patients, their reactions and attitudes toward anti-depressants, and how to best reach them and communicate with them. This allows pharmaceutical companies and pharmacies to serve patients and provide them with the most suitable treatment options to improve their quality of life. For more information on this study, or support on similar studies, please reach out to us.