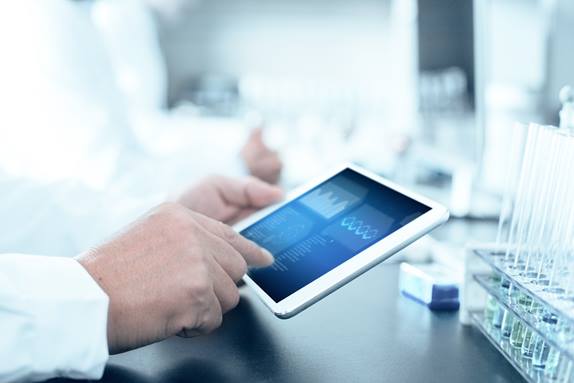 Tuberculosis (TB) is a worldwide epidemic that threatens millions of lives every year. In 2017 alone, over 10 million people were diagnosed with the life-threatening disease, and over 1.5 million people living with it died. People living with HIV are at a greater risk of dying from TB, with the World Health Organization (WHO) labeling it “a leading killer of HIV-positive people.” Multi-drug resistant tuberculosis (MD-TB) is an even greater problem, with the WHO calling it “a public health crisis and a health security threat.” An estimated 450,000 new cases of these fatal strands of the disease appeared in 2017.

Africa is especially affected by tuberculosis, accounting for at least a fourth of the new cases reported globally in 2017. Nigeria and South Africa were among six other countries that account for over 66% of worldwide TB cases. Over 70% of new TB cases involving HIV-positive patients around the world were from the region. Africa also suffers from a TB-related death rate that’s three times greater than the global average.

On World Tuberculosis Day, we explore the ongoing efforts to fight and prevent TB and the challenges we face in ending the epidemic.

Today, only 18 compounds used to clinically treat bacterial infections are being used for tuberculosis. The drugs used for front-line chemotherapy of drug-sensitive TB diseases were developed over half a century ago and drug-resistant strands of TB are appearing at alarming rate, complicating the already challenging fight against the disease.

Current progress in clinical studies on several compounds around the world are offering cautious optimism and more hope for more and new treatments to help fight TB in all its forms. In 2018, the WHO reported that 11 new compounds have been approved: Contezolid, Delpazolid, GSK-3036656, Macozinone, OPC-167832, Pretomanid, Q203, SQ109, Sutezolid, TBA-7371, and TBI-166.

Accelerated or conditional approval has been granted to two drugs, bedaquiline and delamanid, as a result of their positive Phase IIb outcomes. In addition to the compounds mentioned earlier, seven other drugs are showing promises of being repurposed for TB and are being tested: Clofazimine, Linezolid, Levofloxacin, Moxifloxacin, Nitazoxanide, Rifampicin, and Rifapentine.

While an effective and reliable vaccine for tuberculosis has not yet been found, there are some compounds that are progressing well through clinical trials. There are currently two promising compounds in Phase III of their trials. Ten other candidates are still being tested in Phases I and II.

There is also a rising focus to develop a TB regiment in children with continues efforts to reduce the high pill burden, treatment duration and develop a suitable child-friendly formulation. Obtaining legally acceptable consent for these children for participation in clinical trials remains one of the top challenges as it normally requires prolonged hospitalization and extended follow-up periods for continues safety monitoring.

Research efforts in finding novel anti-tuberculosis targets and drug candidates are crucial to overcome these challenges and improve the chances of eliminating TB in the future. More resources, funding and efforts need to be poured in to find vaccines to stop the spread of tuberculosis and to find better treatments for MD-TB infections.

With the gaining importance of whole genome sequencing2 for drug resistance testing for TB and availability of the testing modality at many advanced genomics lab, the time is right to link the 2 to get the maximum benefit for newer TB clinical trials.