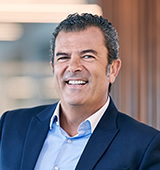 Nilton Paletta is president, Latin America, responsible for IQVIA operations in 18 countries in the region.

Nilton served in the same capacity at IMS Health since 2011. He joined the company in 2003 and held a series of progressively responsible positions in Latin America. He has served as commercial director, Latin America, and in general manager roles for Brazil, the Southern Region and Latin America.

Prior to IMS Health, Nilton was general manager of Cegedim do Brazil, leading the company’s start-up in that country. He also held a number of leadership roles at Eli Lilly, including regional marketing and sales management positions for Asia Pacific and Latin America, and area sales manager for the company’s U.S. sales affiliate. Nilton has more than three decades of healthcare industry experience.