Spending on medicines remains a topic of intense interest among policy makers, patients, payers and drug manufacturers. This report focuses its attention on “net spending” on medicines in the United States in 2017 with an outlook to 2022,  explores out-of-pocket patient costs at pharmacies and examines the overall volume of medicines being used, with a special focus of opioids and newly launched, innovative medicines.

The level and growth of spending, the price of new and old drugs, and the allocation of costs among patients, employers, health plans, intermediaries and state and federal government agencies all command great attention. The goal of this report is to provide objective measures of medicine use and their cost to our healthcare system.

Spending on medicines grew by 0.6% in 2017 after off-invoice discounts and rebates. This spending includes all types of medicines, including institutional use for inpatients and outpatients. Focusing only on retail and mail-order pharmacy distribution, net spending declined by 2.1%.

When adjusted for manufacturer discounts and rebates, as well as economic and population growth, medicine spending declined, on a per capita basis, by 2.2% in 2017 and has increased by an average of 1.0% per year since 2008. The balance of medicine spending has shifted strongly to specialty medicines from traditional treatments.

Medicine use by patients has continued to rise. In 2017, there was a significant increase in chronic, 90-day prescriptions which can be linked to efforts to improve adherence. Of note, the greatest decline in treatment volumes in 2017 was for prescription opioids; the highest doses of prescription opioids declined by over 33% during the past two years.

Pharmacy prices for brand prescriptions increased by 58% over the past five years, while final out-of-pocket costs for all prescriptions declined by 17%. These divergent trends reflect the complex dynamics determining how much patients pay for their medicines and the influence those costs have on whether they fill their prescriptions.

New drug launches more than doubled in 2017 from 2016. Forty-two new active substances (NAS) were launched, with 21 for rare diseases and 14 in cancer. Significant shifts in the regulatory process are becoming apparent, as 19 drugs received a breakthrough designation and 18 included patient-reported outcomes as part of their approved label from FDA.

The outlook to 2022 is for 2–5% net spending growth, with 1–4% growth in retail and mail-order prescription drugs. This growth, driven primarily by the large number of new medicines, many of which will be specialty and orphan drugs, will be offset by the impact of losses of brand exclusivity.

Join author and IQVIA Institute Research Director, Michael Kleinrock, as he provides objective context and perspective around the complex factors that determine the level of spending on medicines in the U.S. and their impact on policy makers, patients, payers and drug manufacturers.

Explore trends and highlights from each of the five chapters of the report.

Chart 3: Real Net Per Capita Medicine Spending and Growth by Product Type US$ 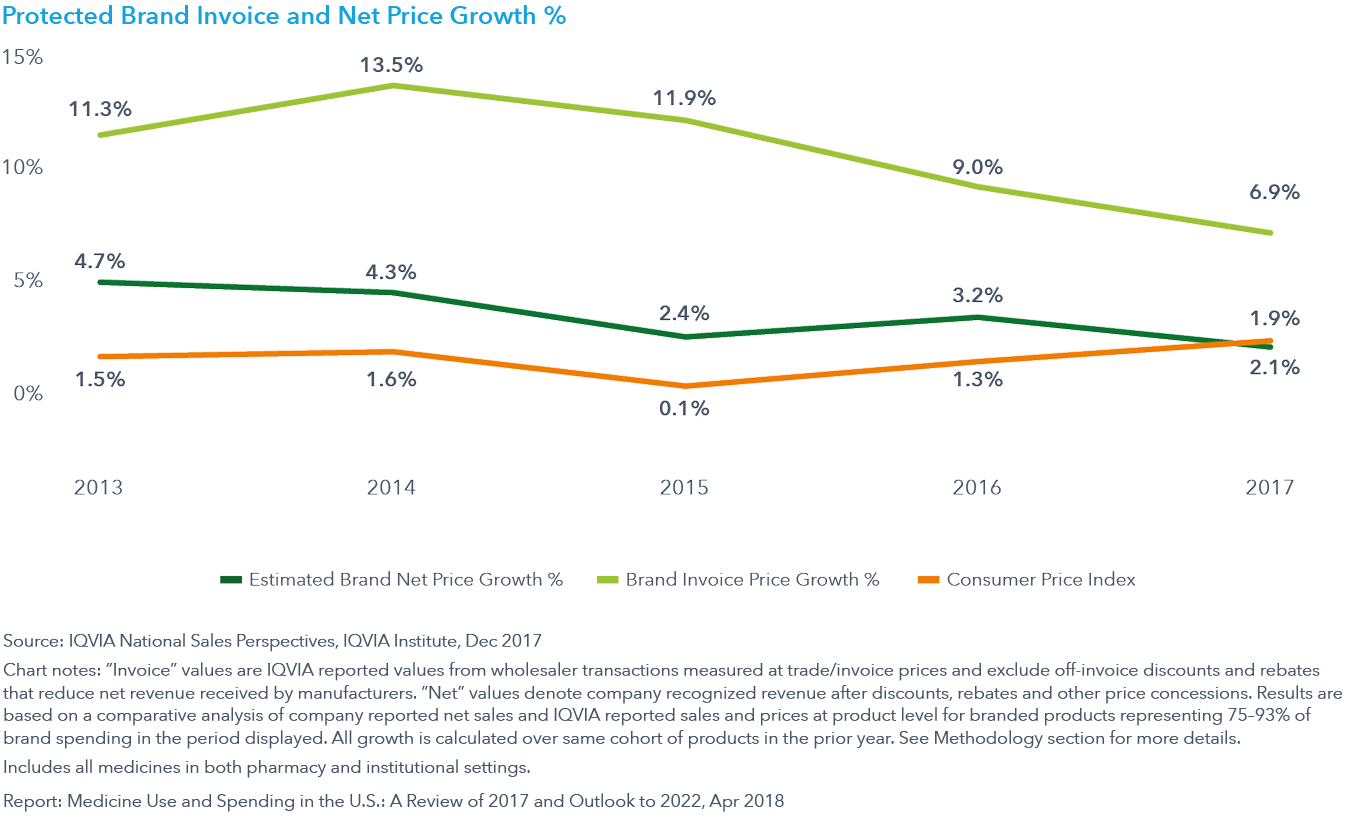 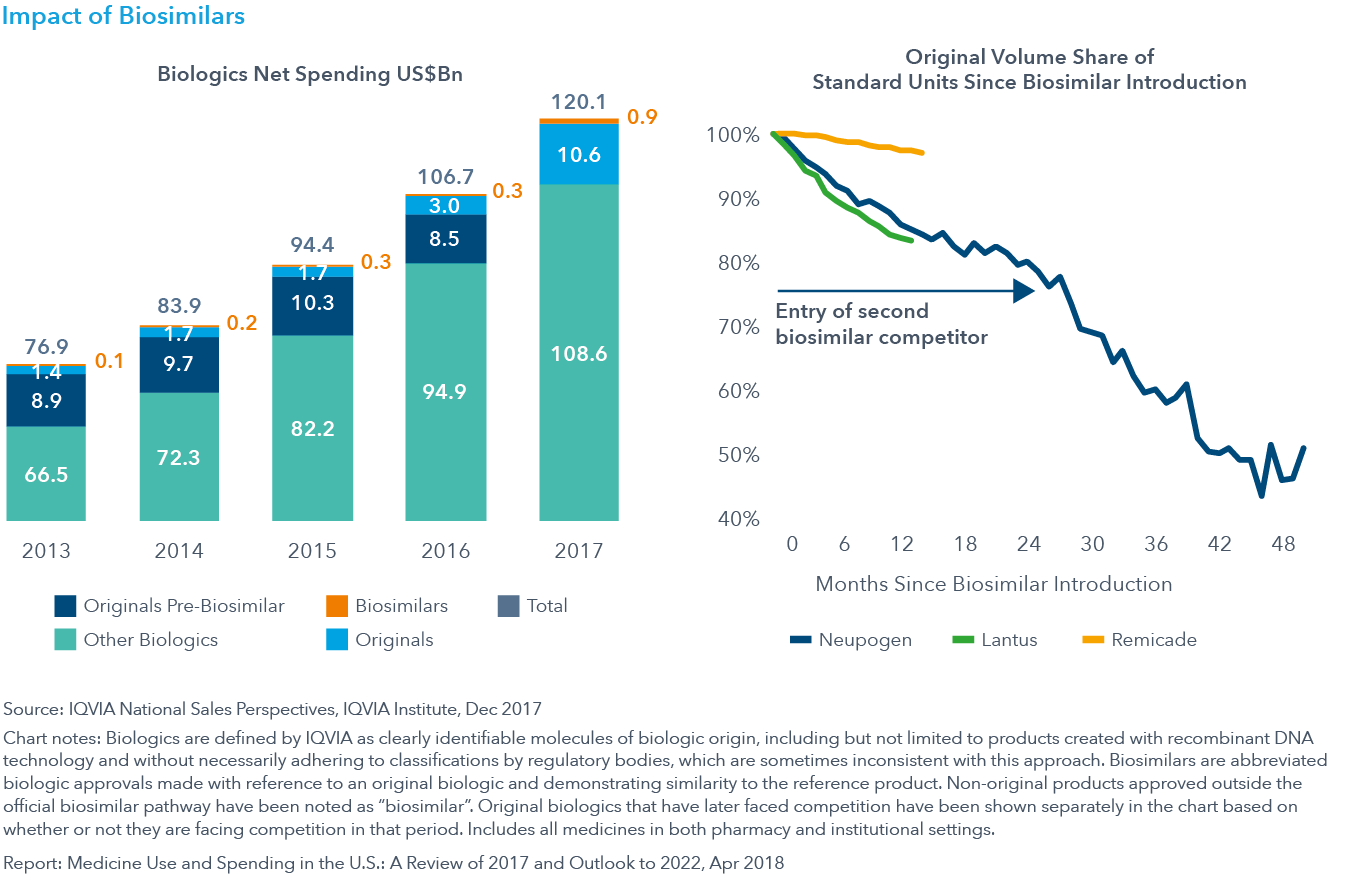 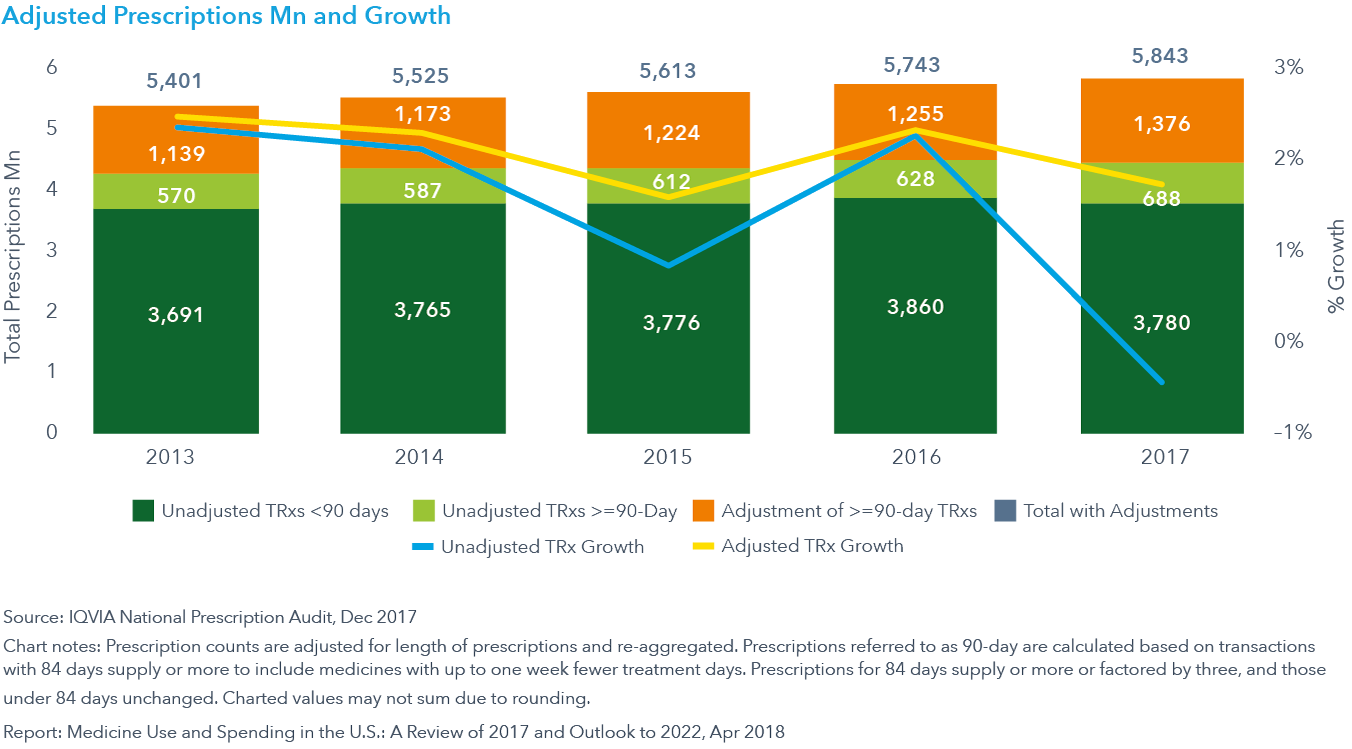 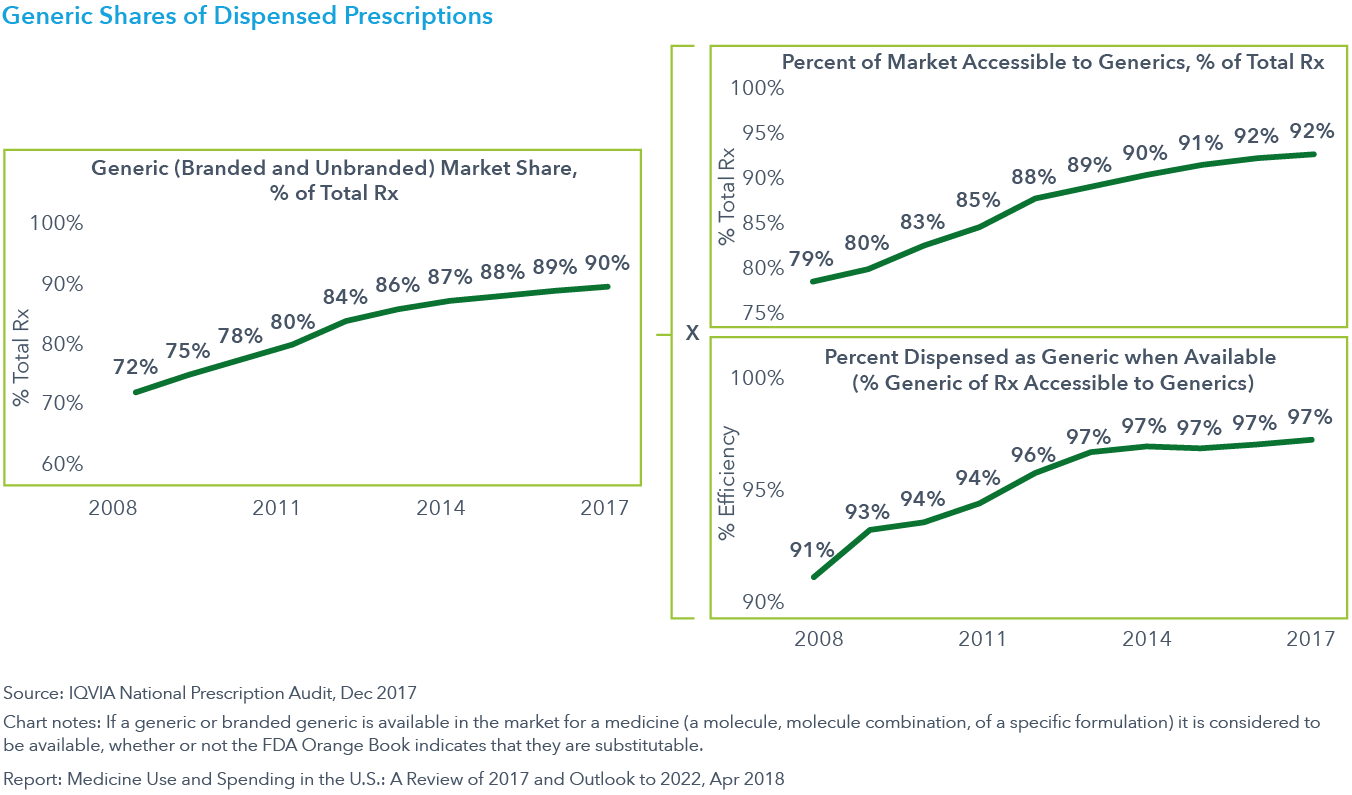 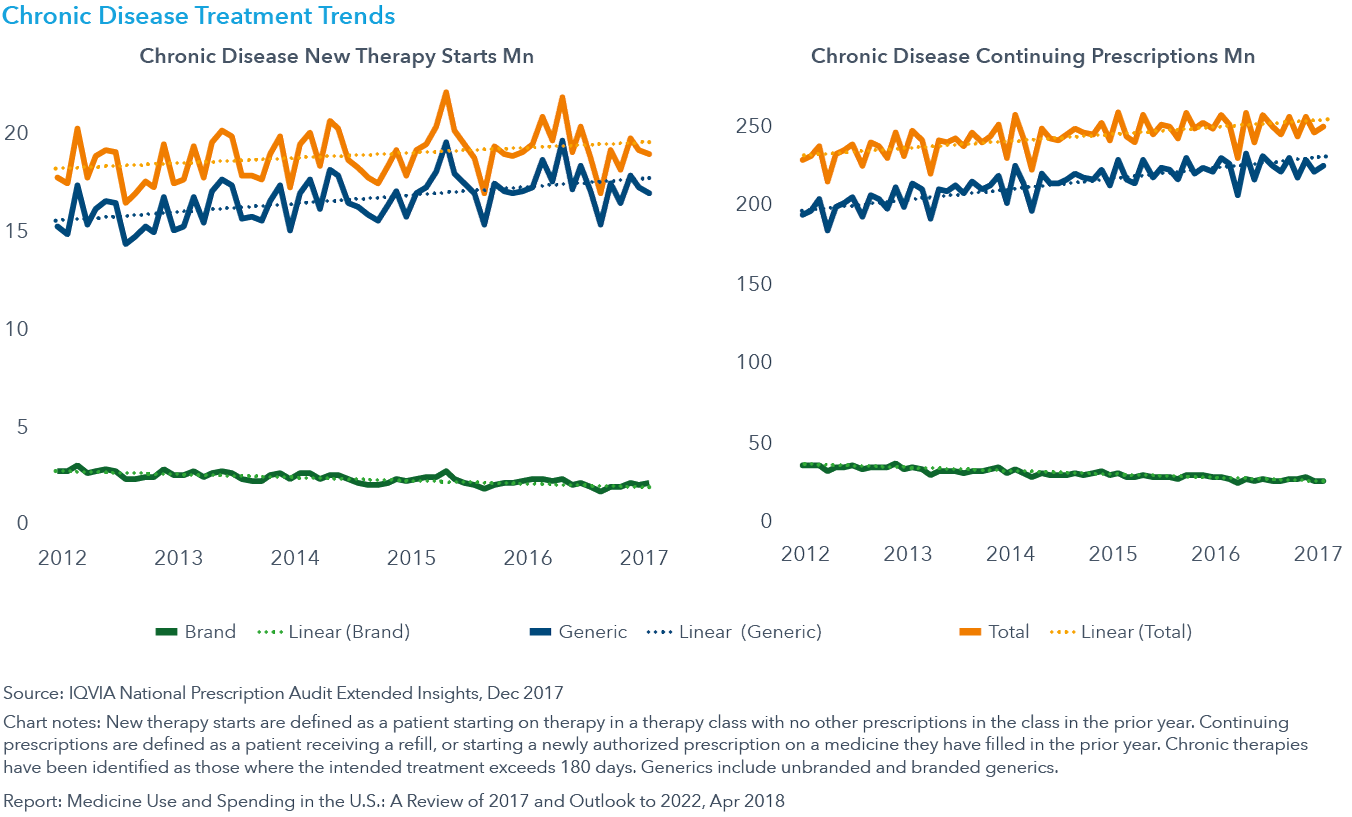 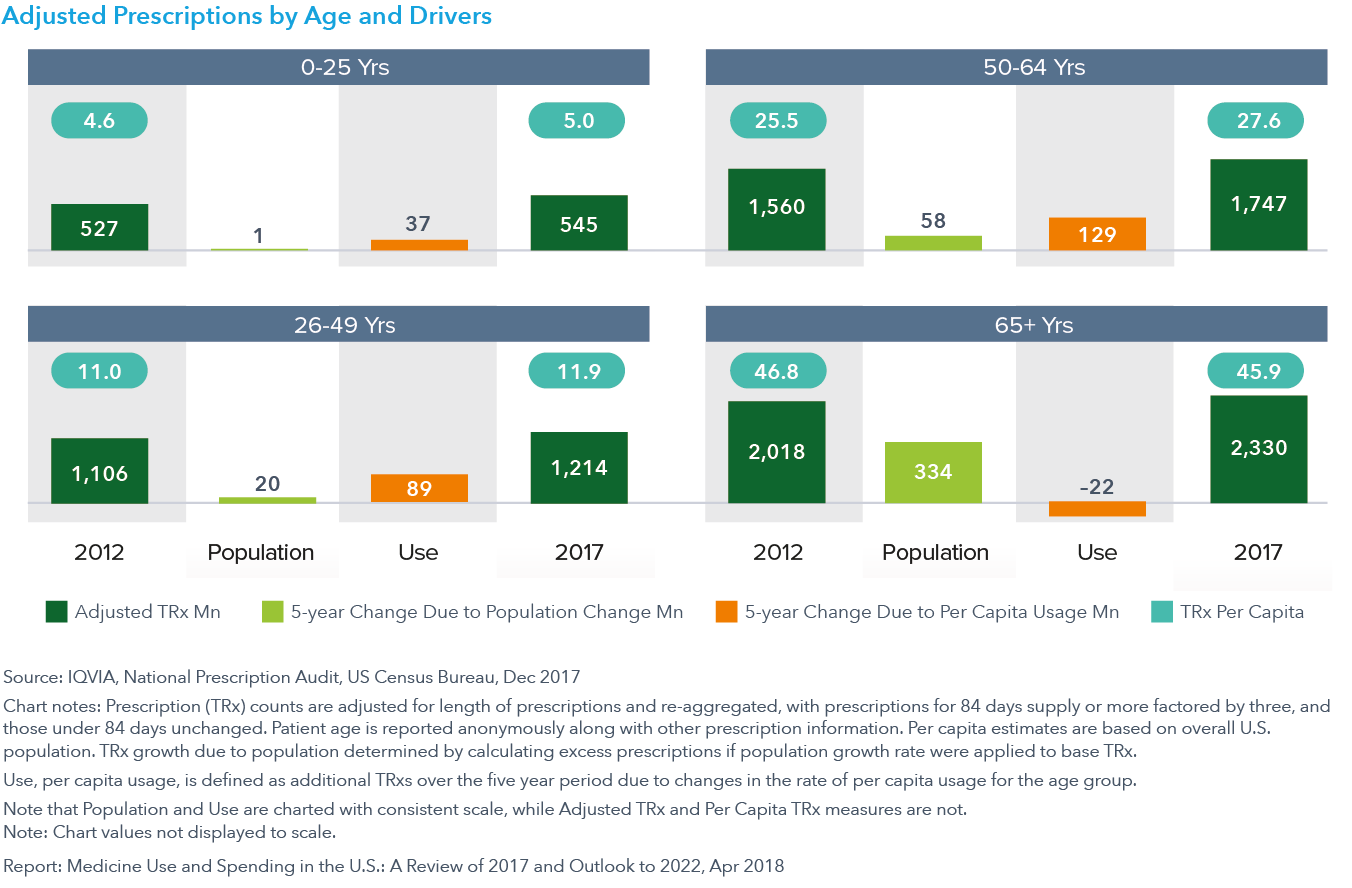 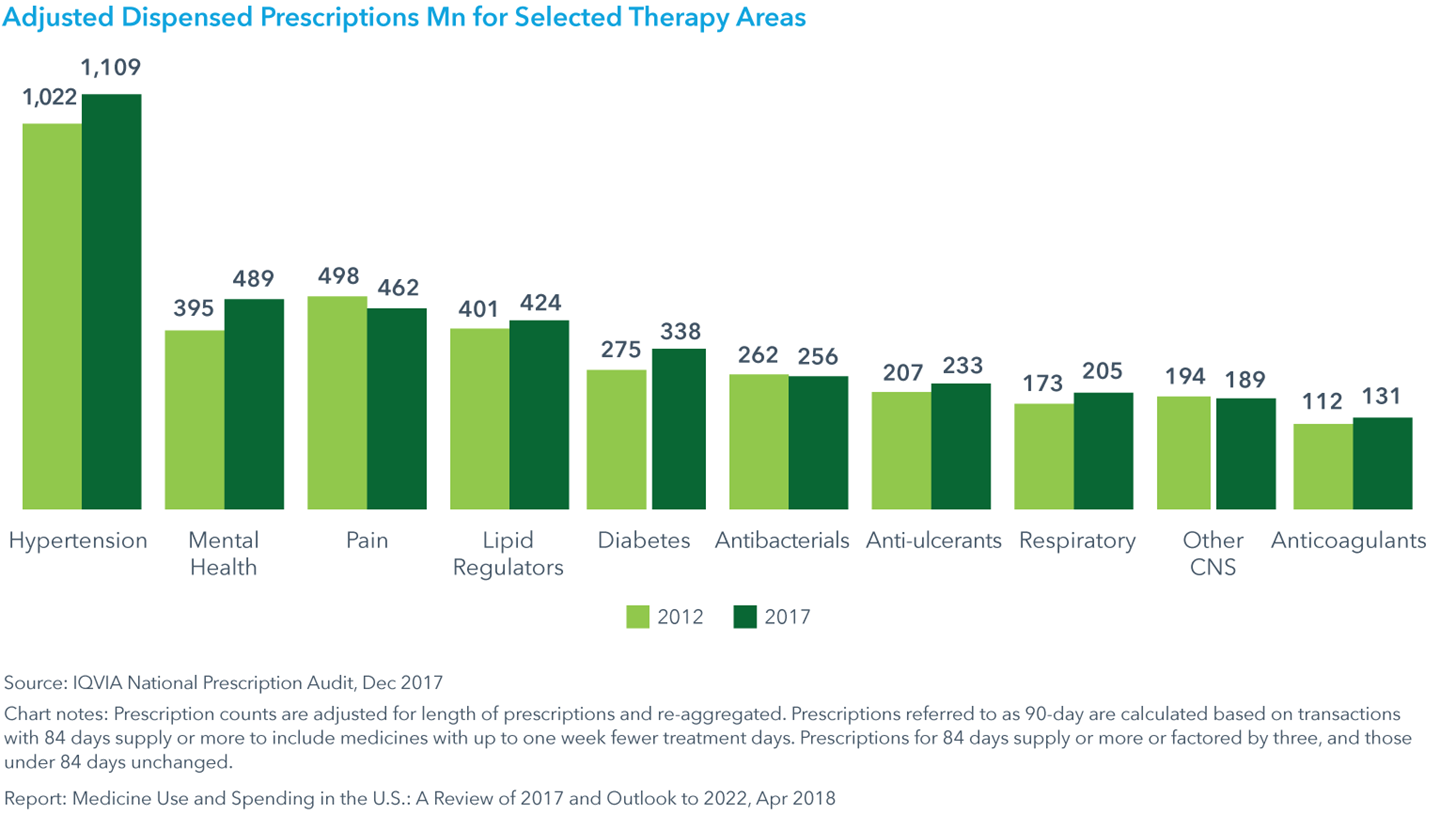 Chart 14: U.S. Population by Age, Gender, and Hypertension Category Based on Blood Pressure and Risk Factors 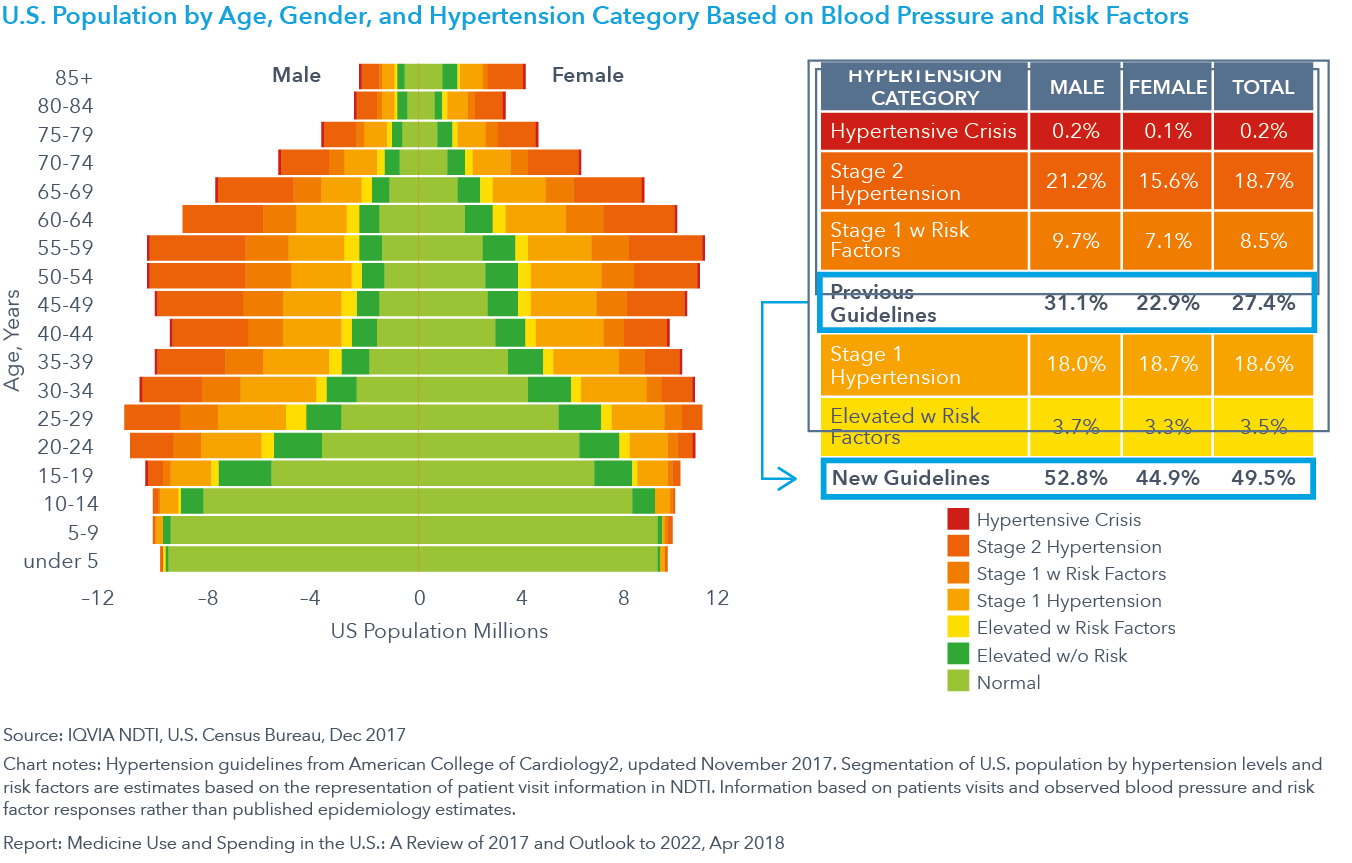 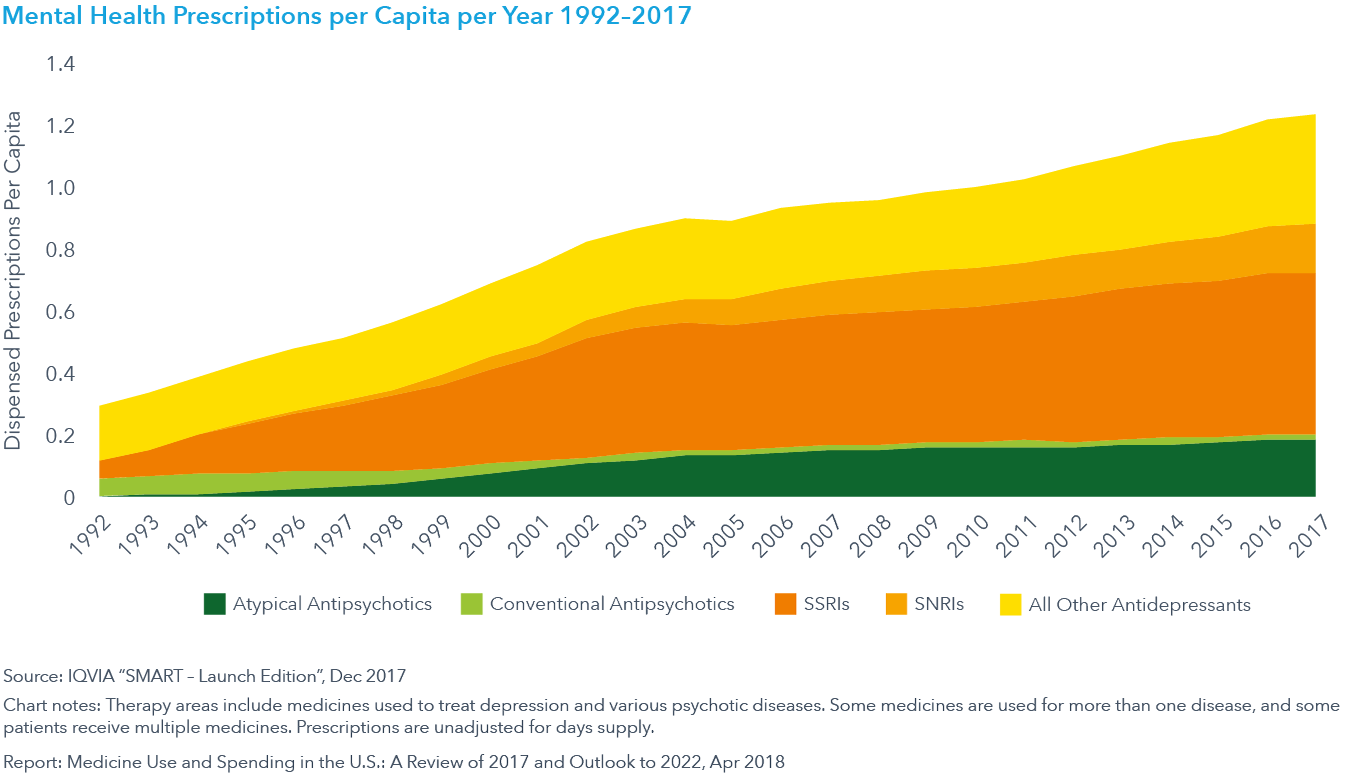 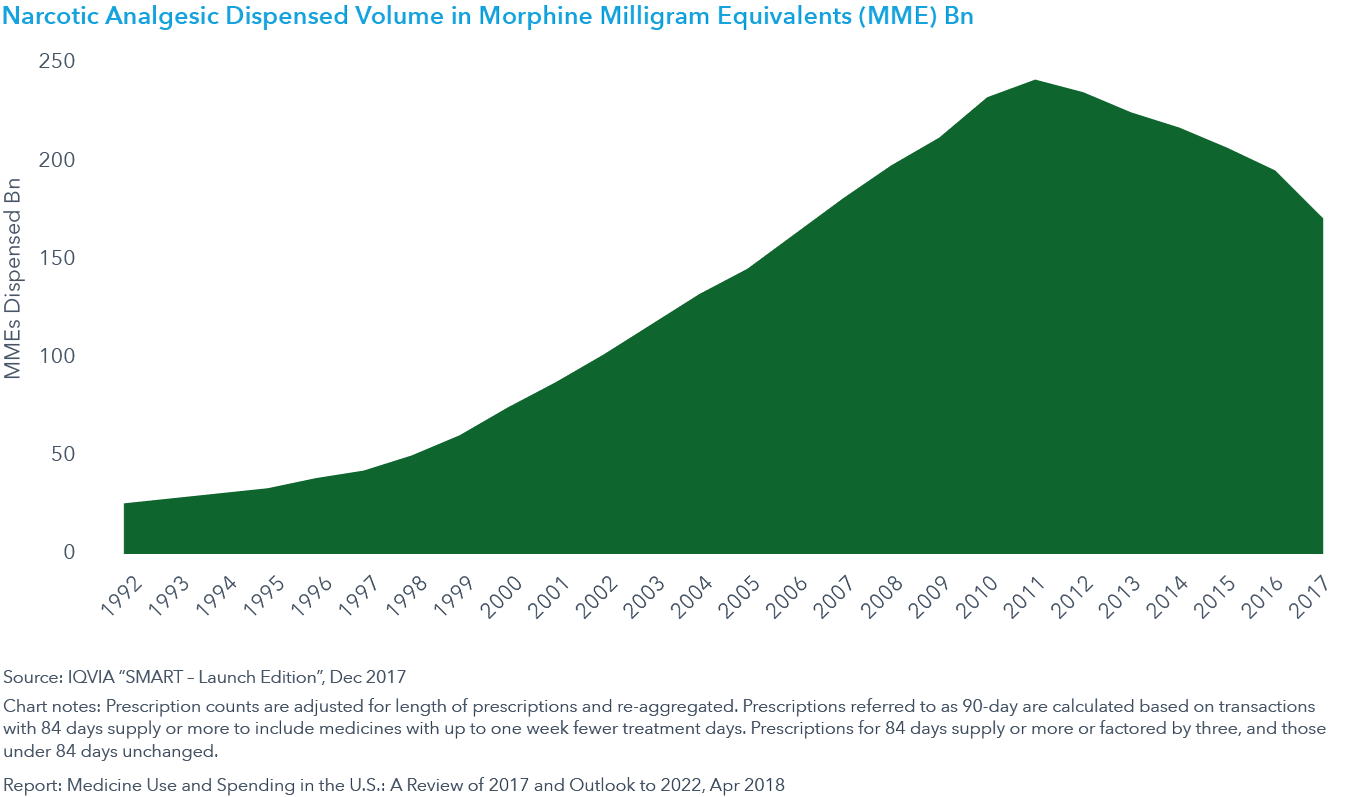 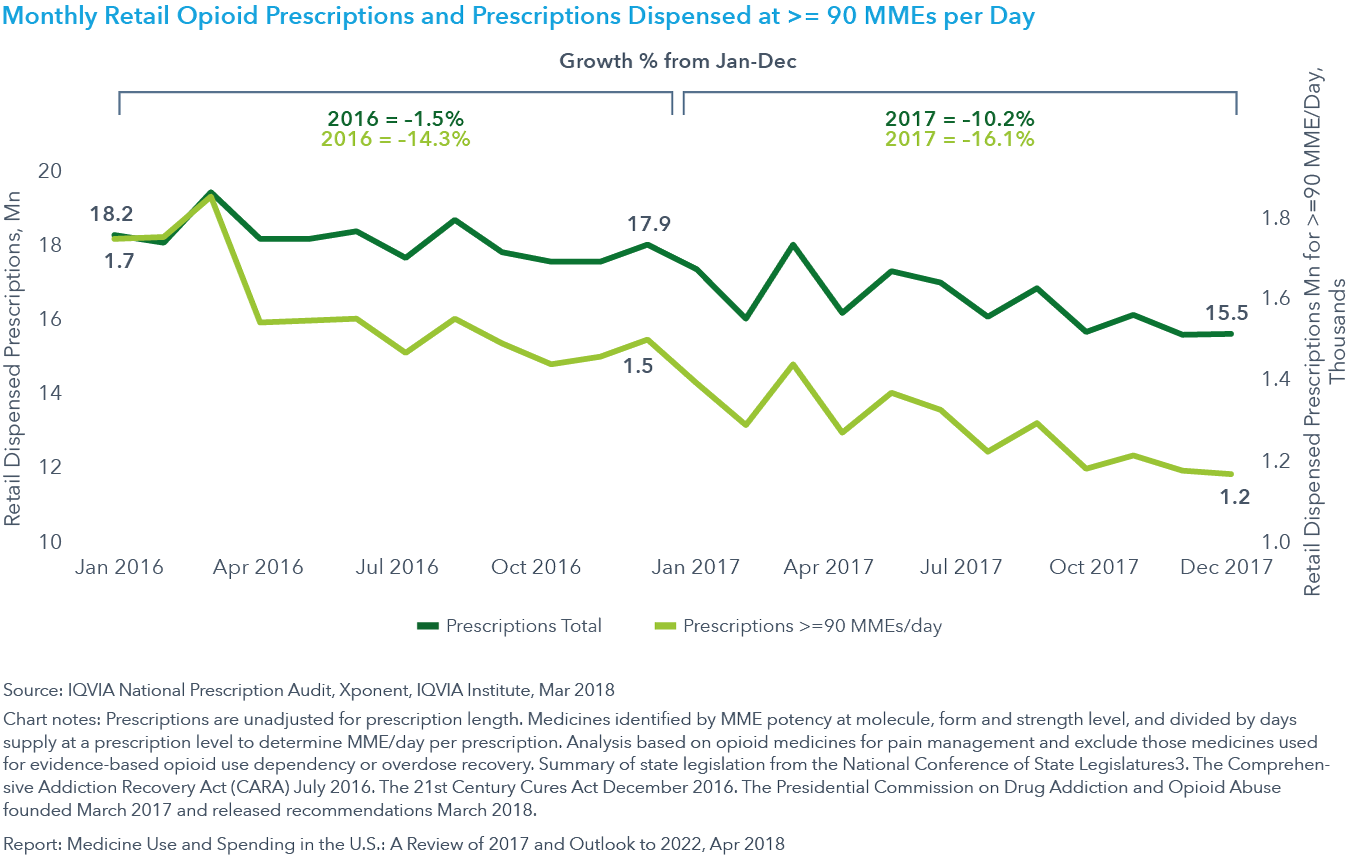 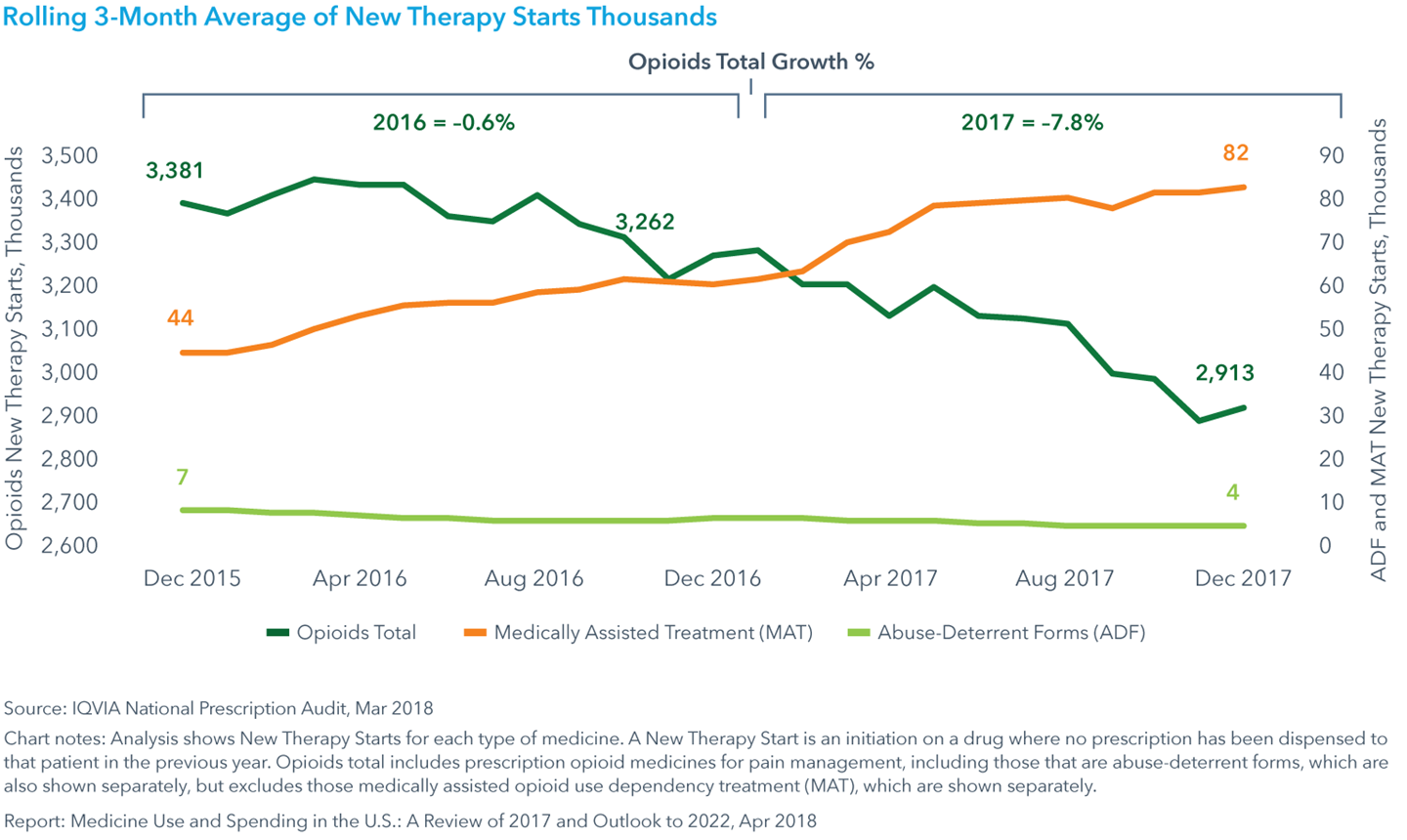 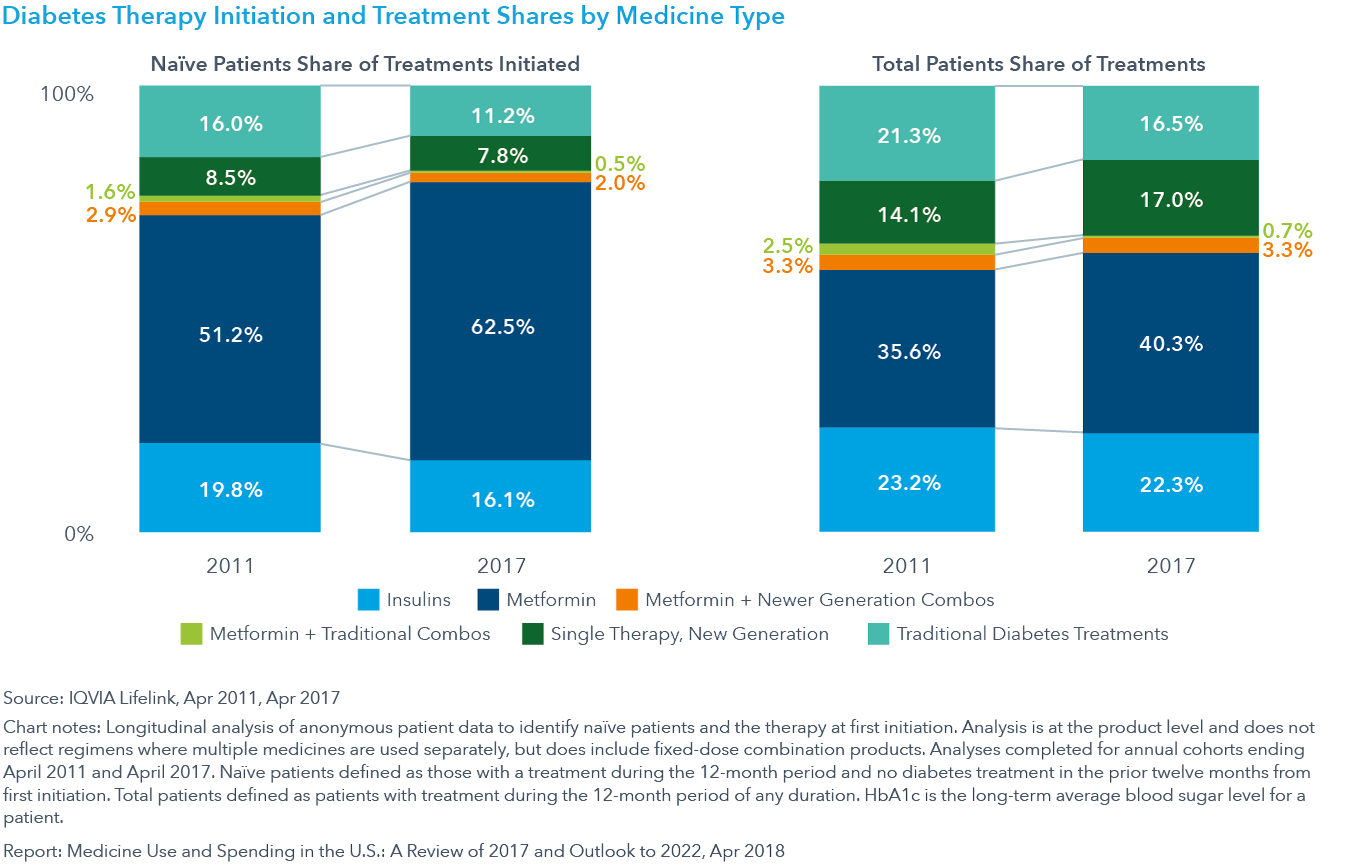 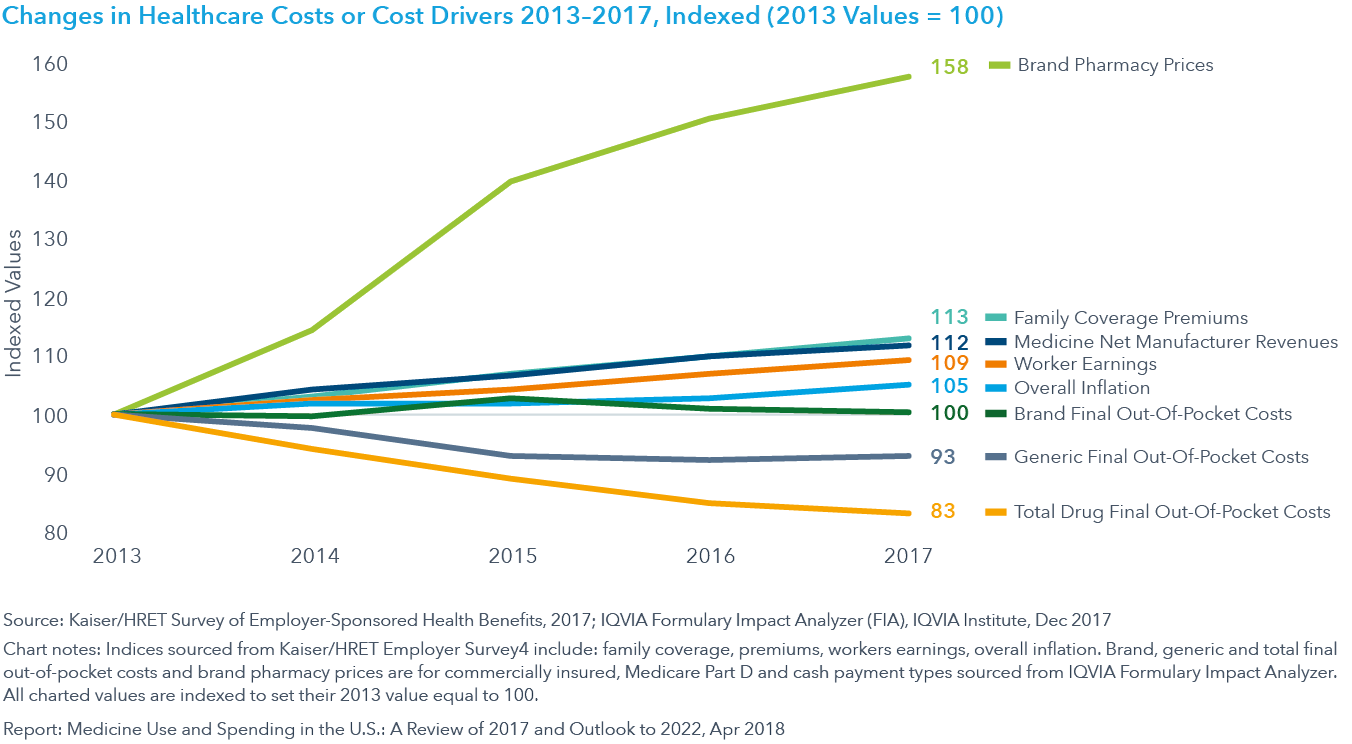 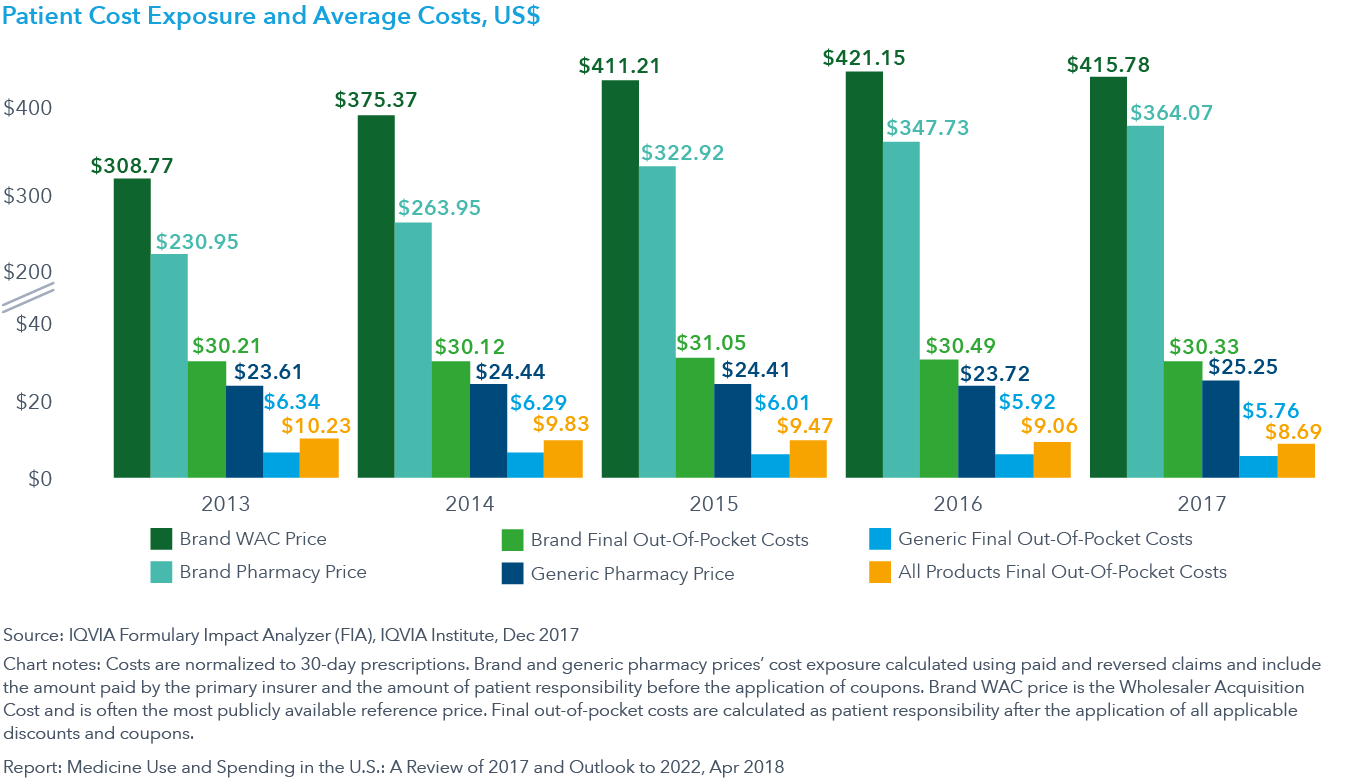 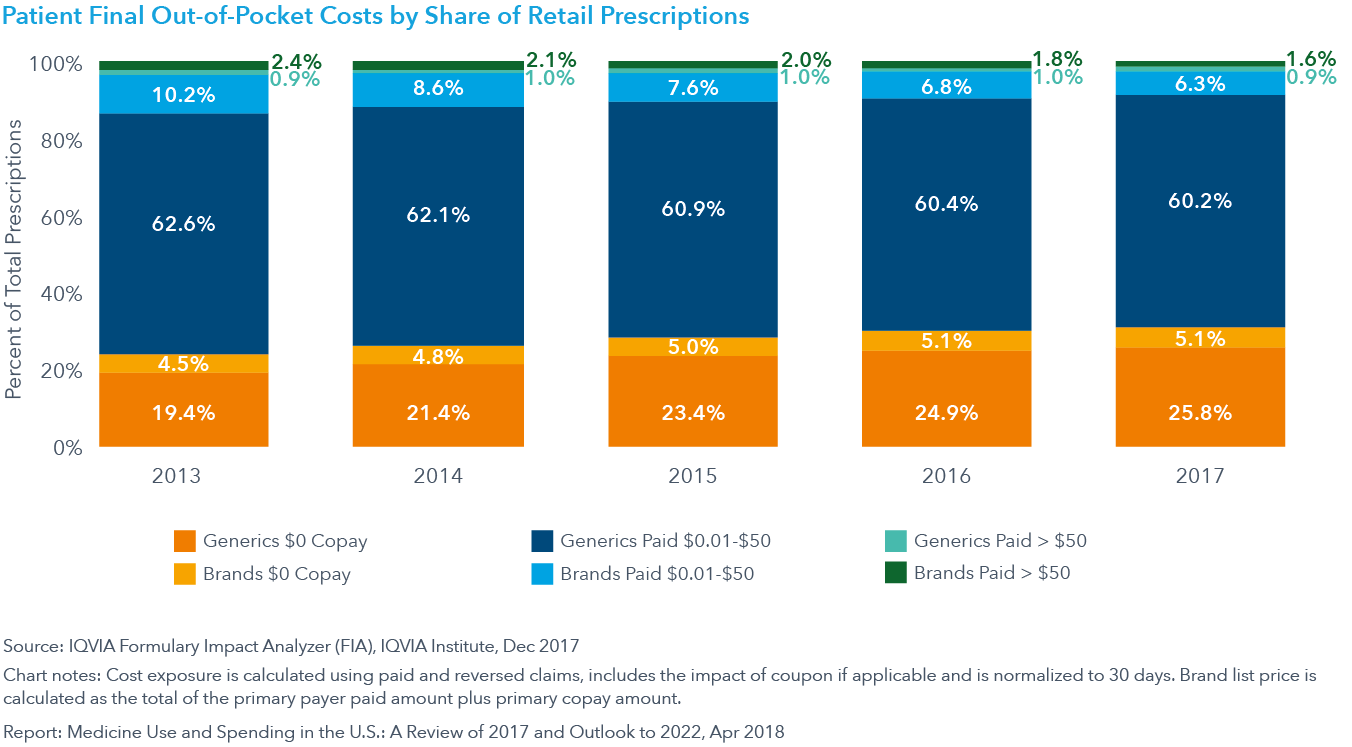 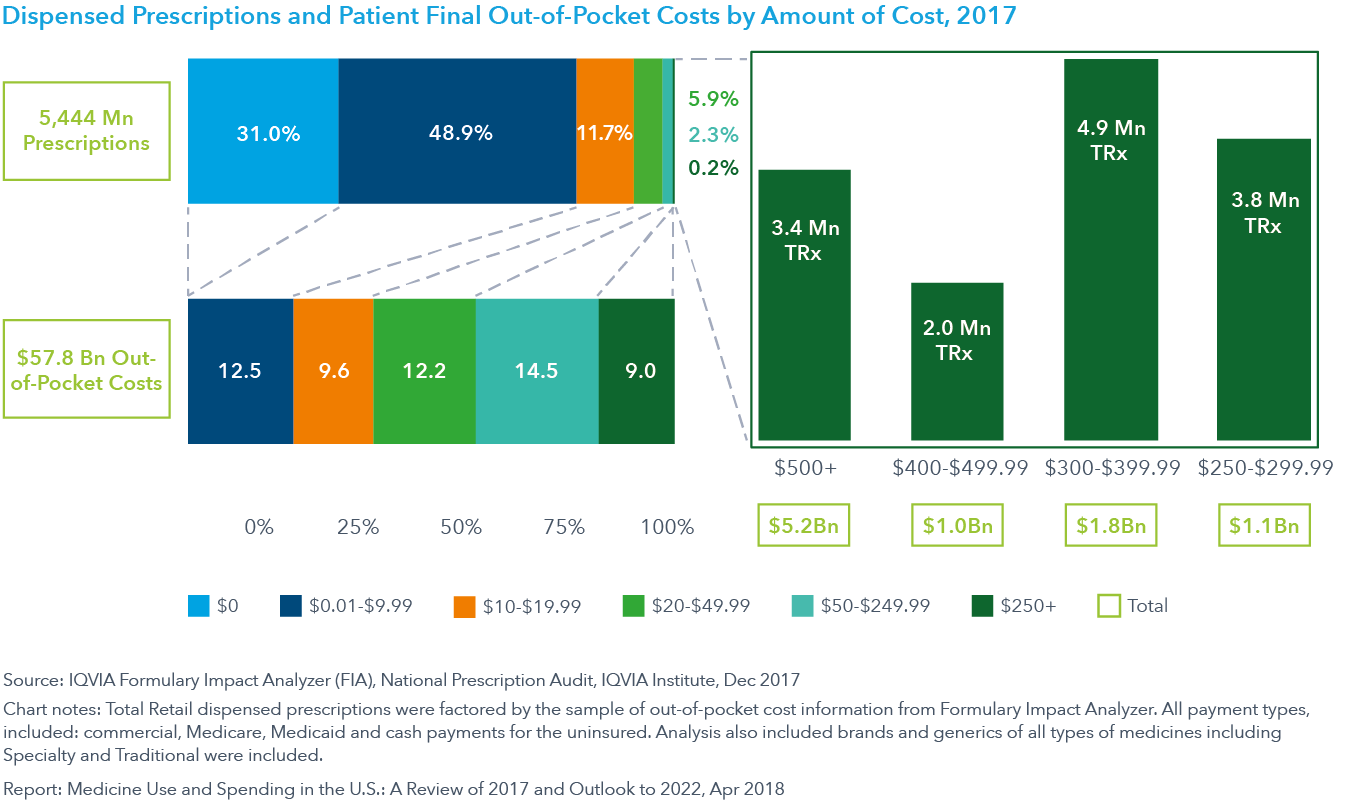 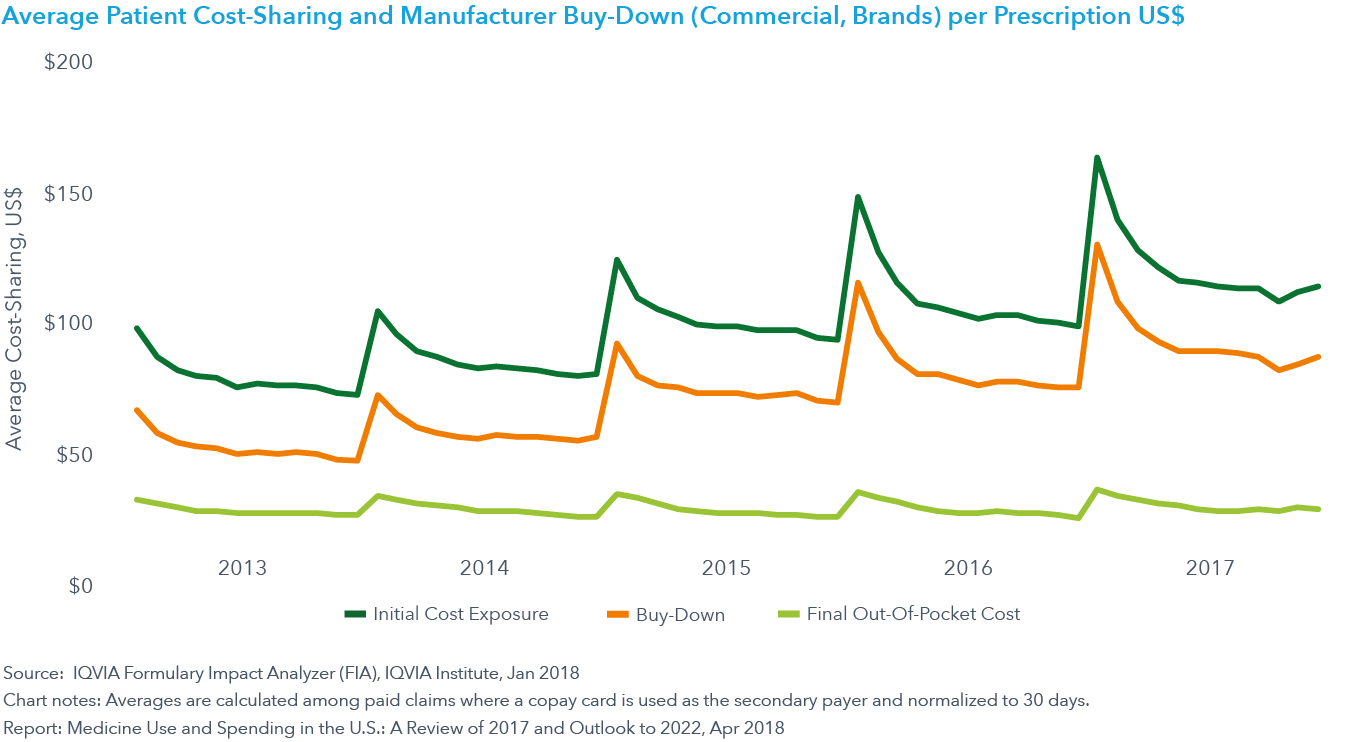 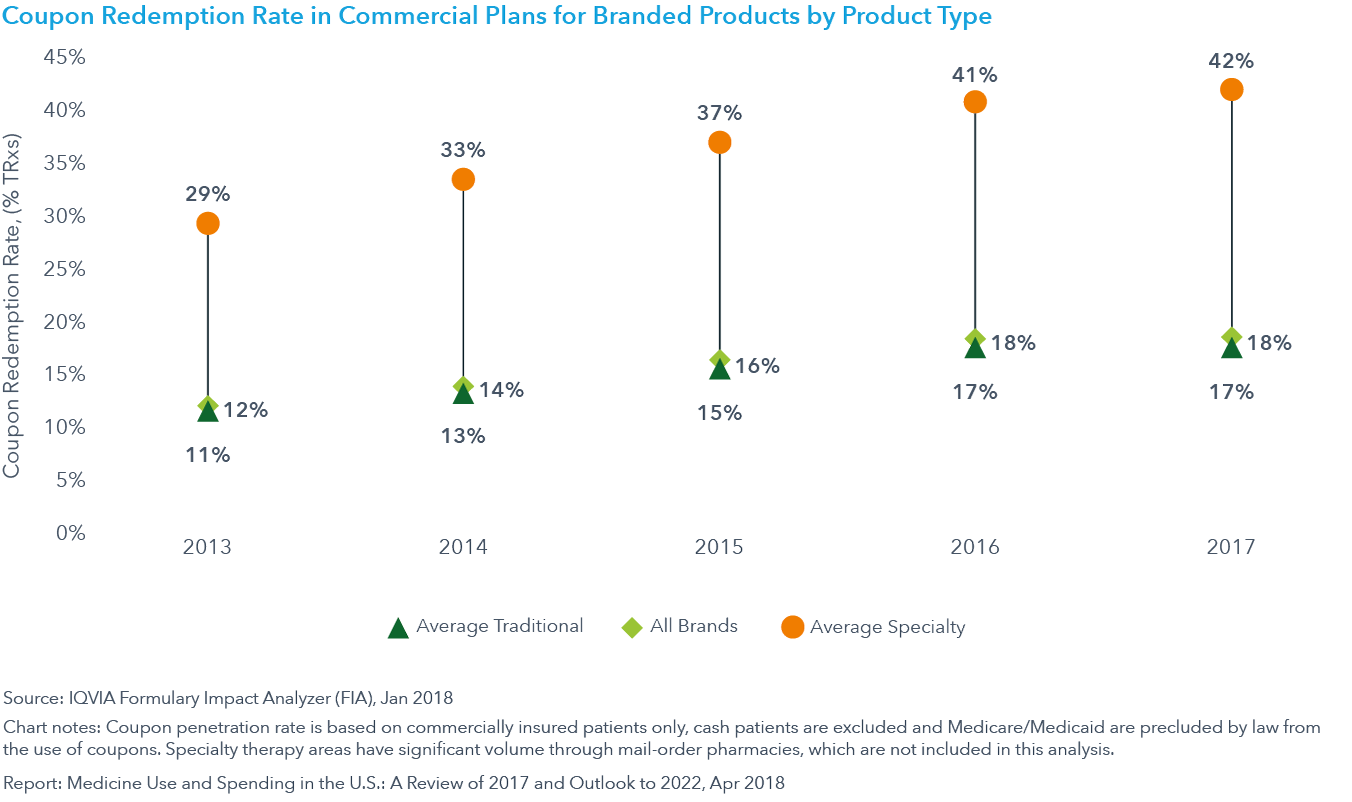 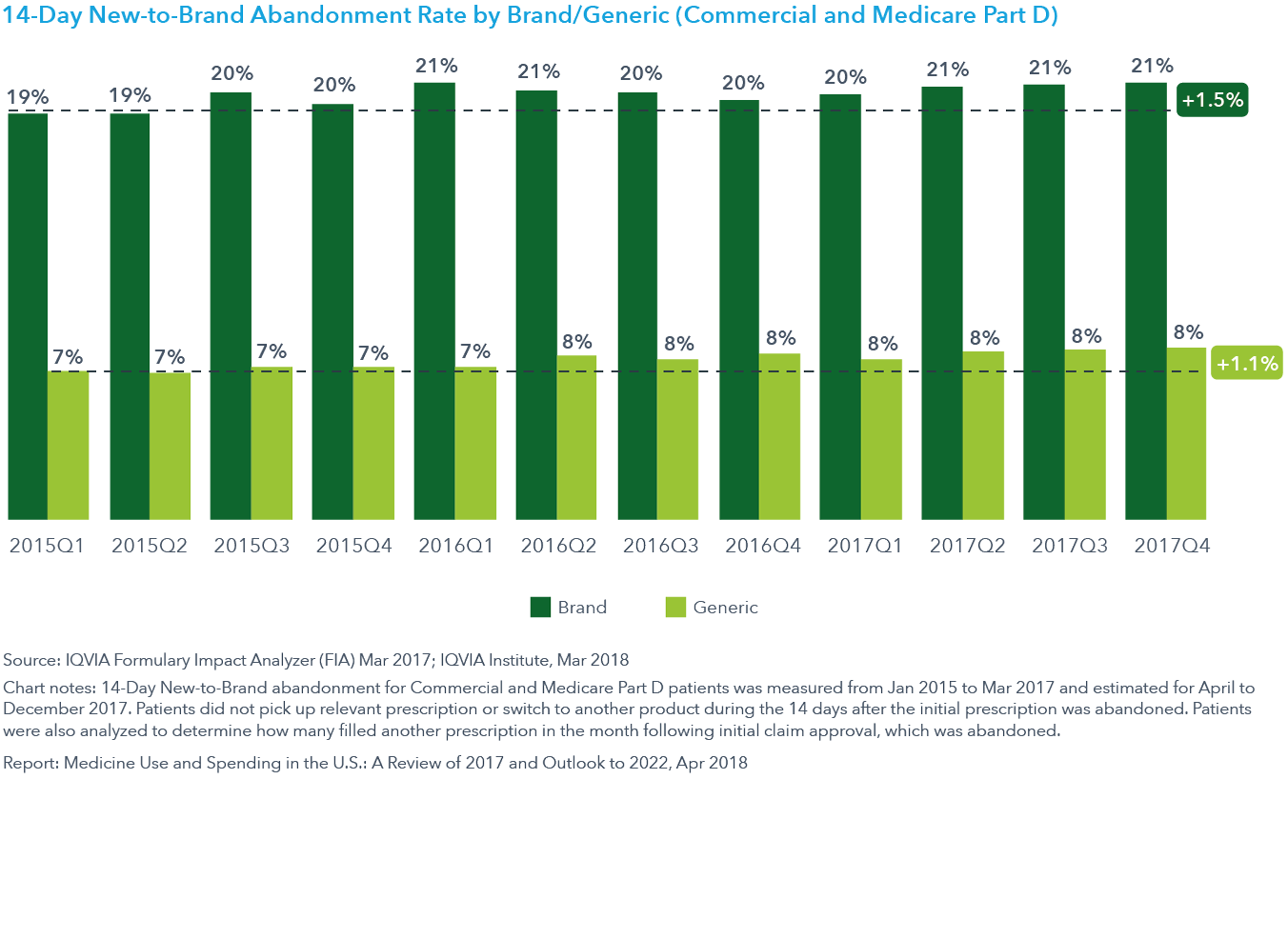 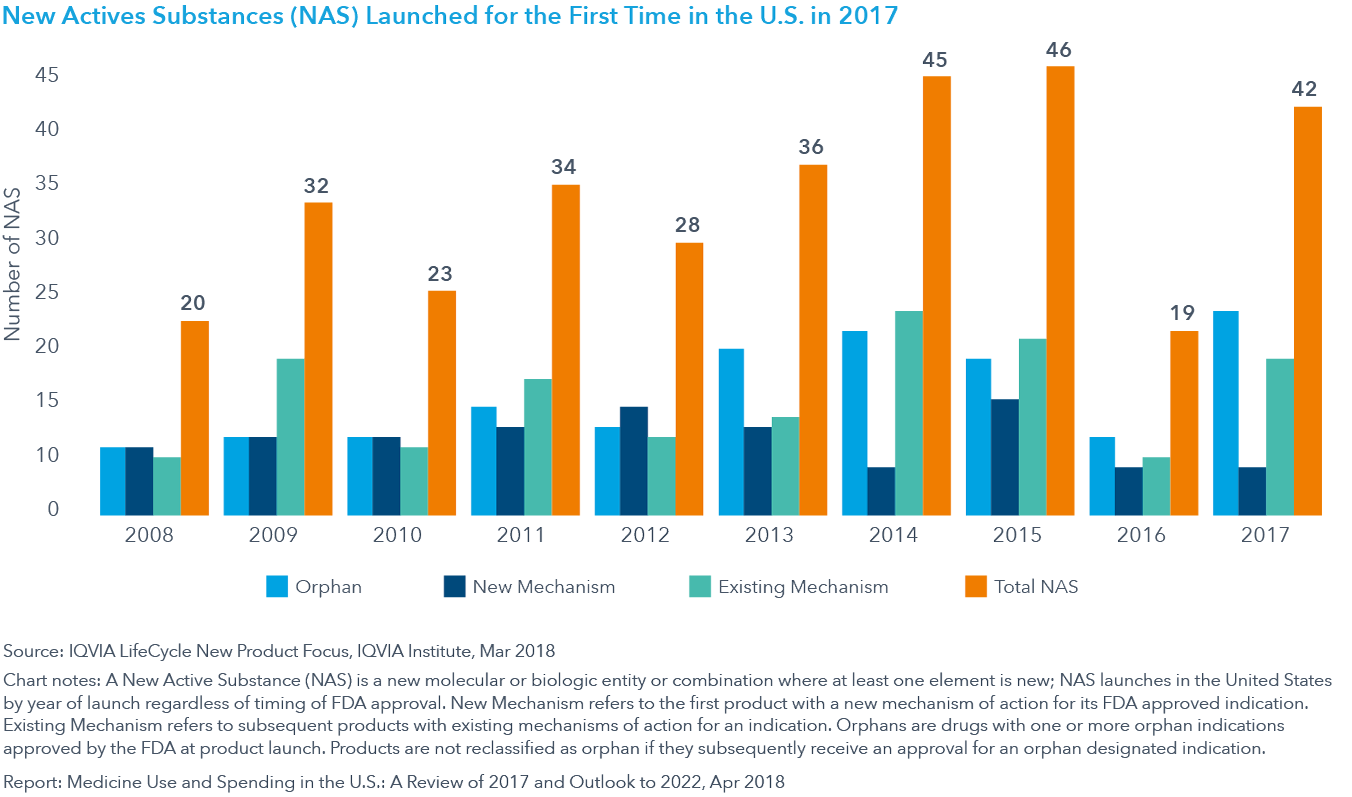 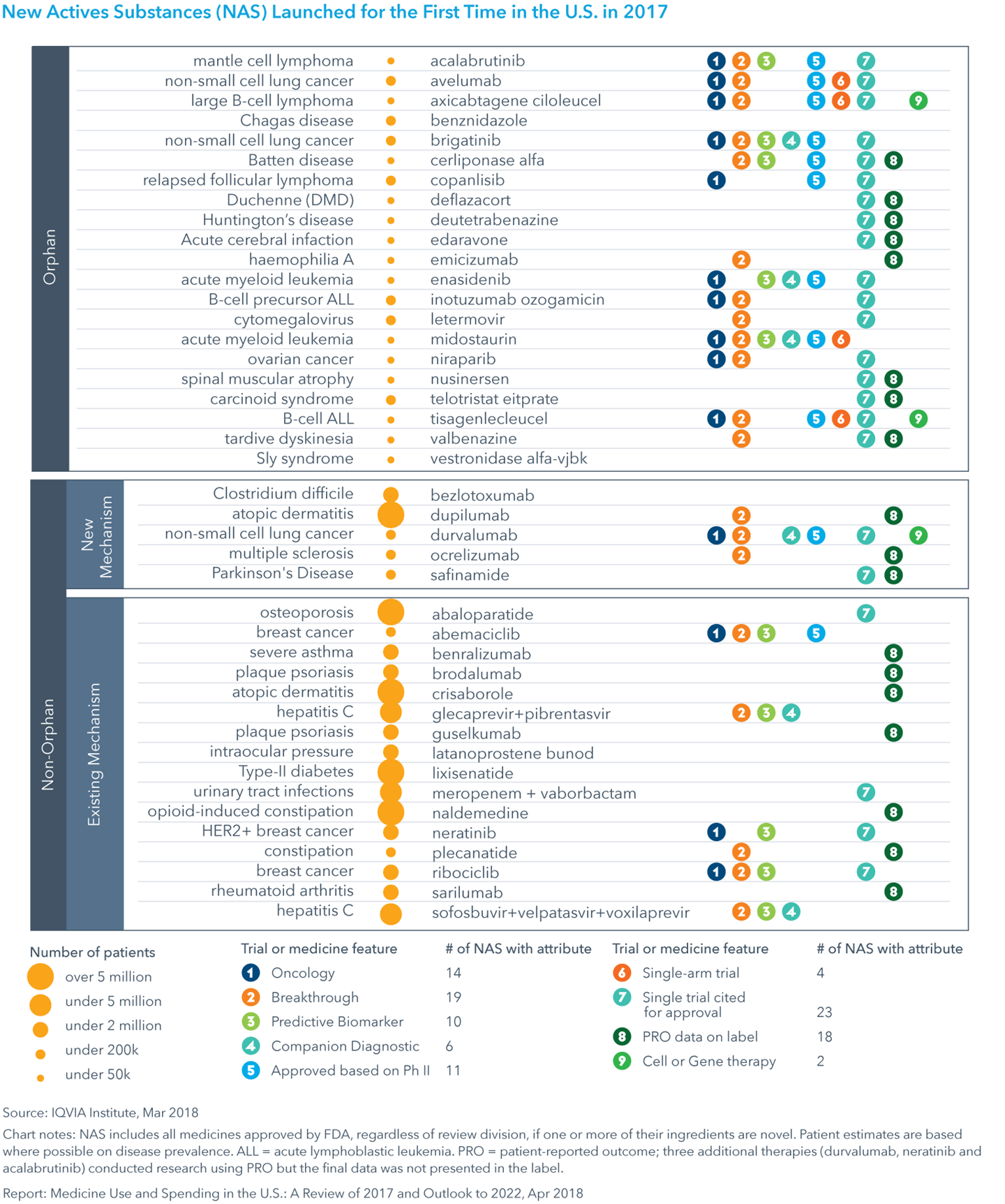 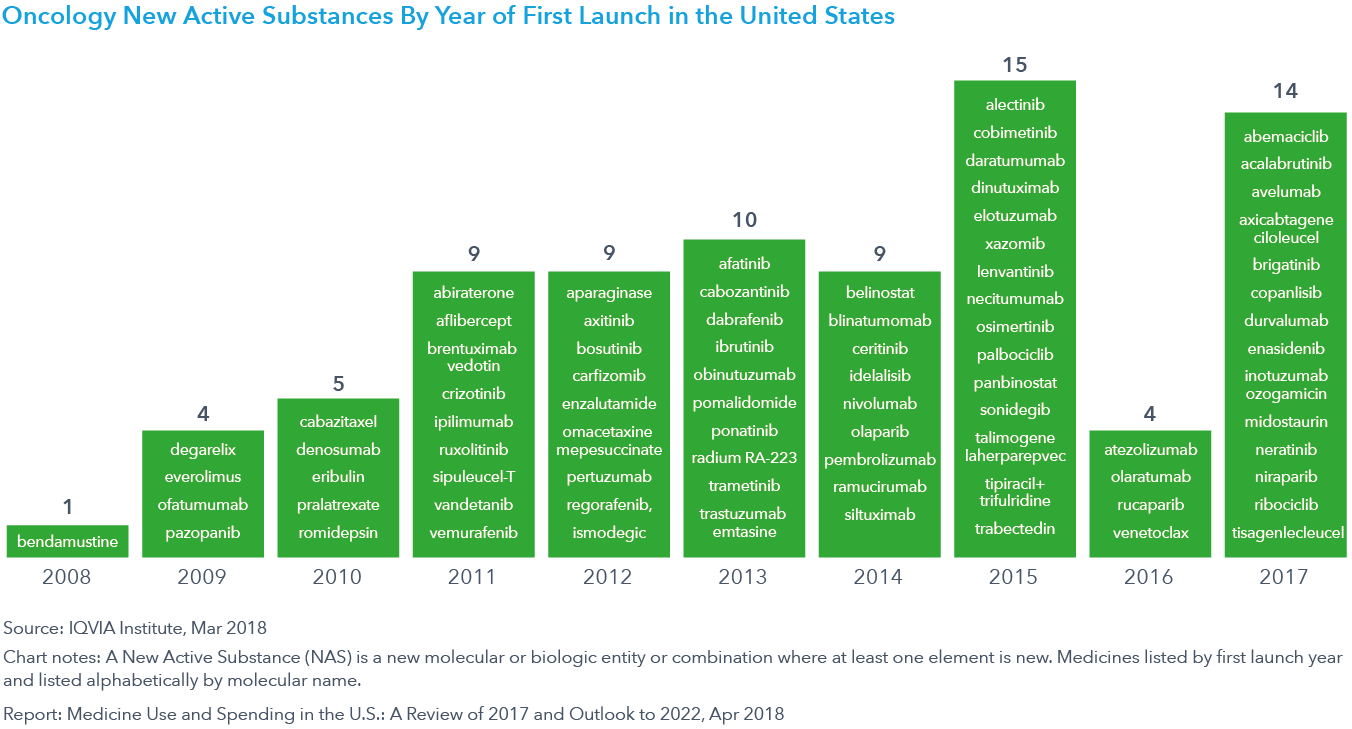 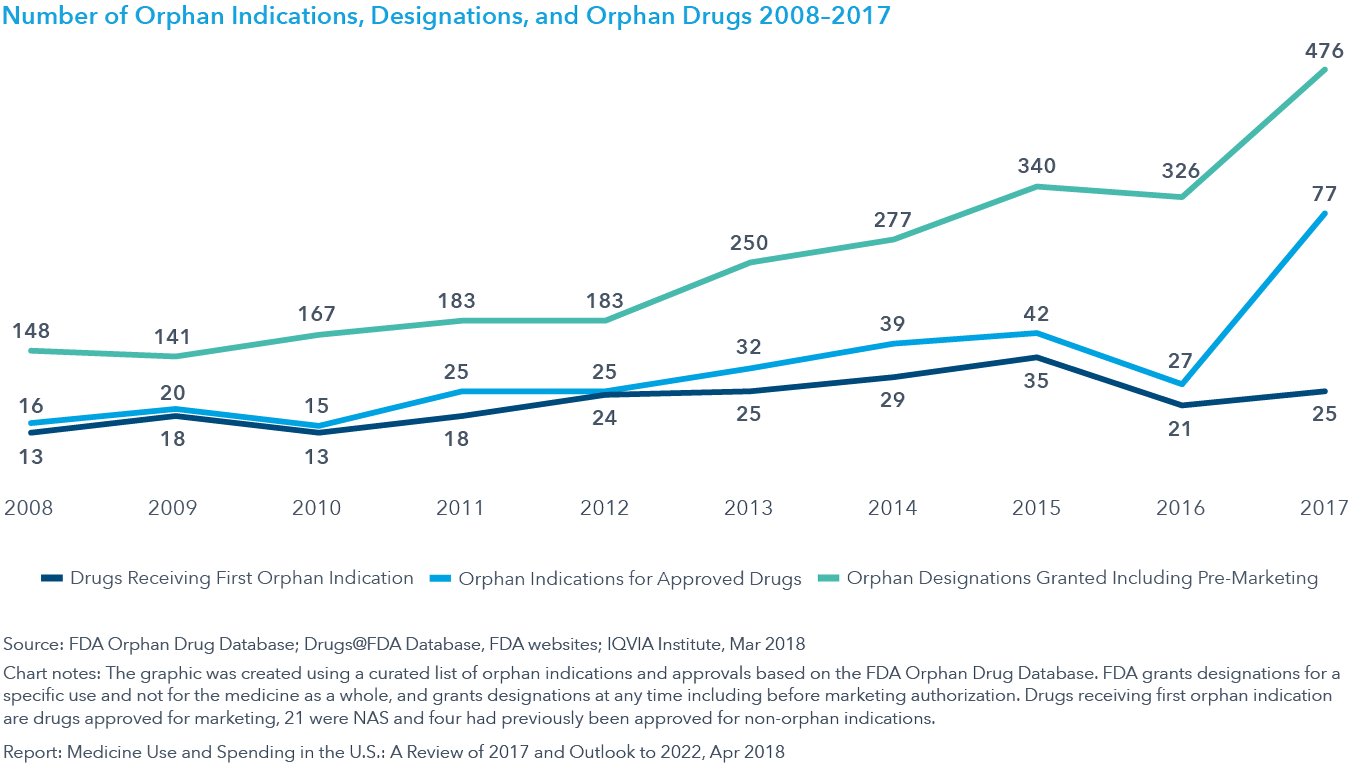 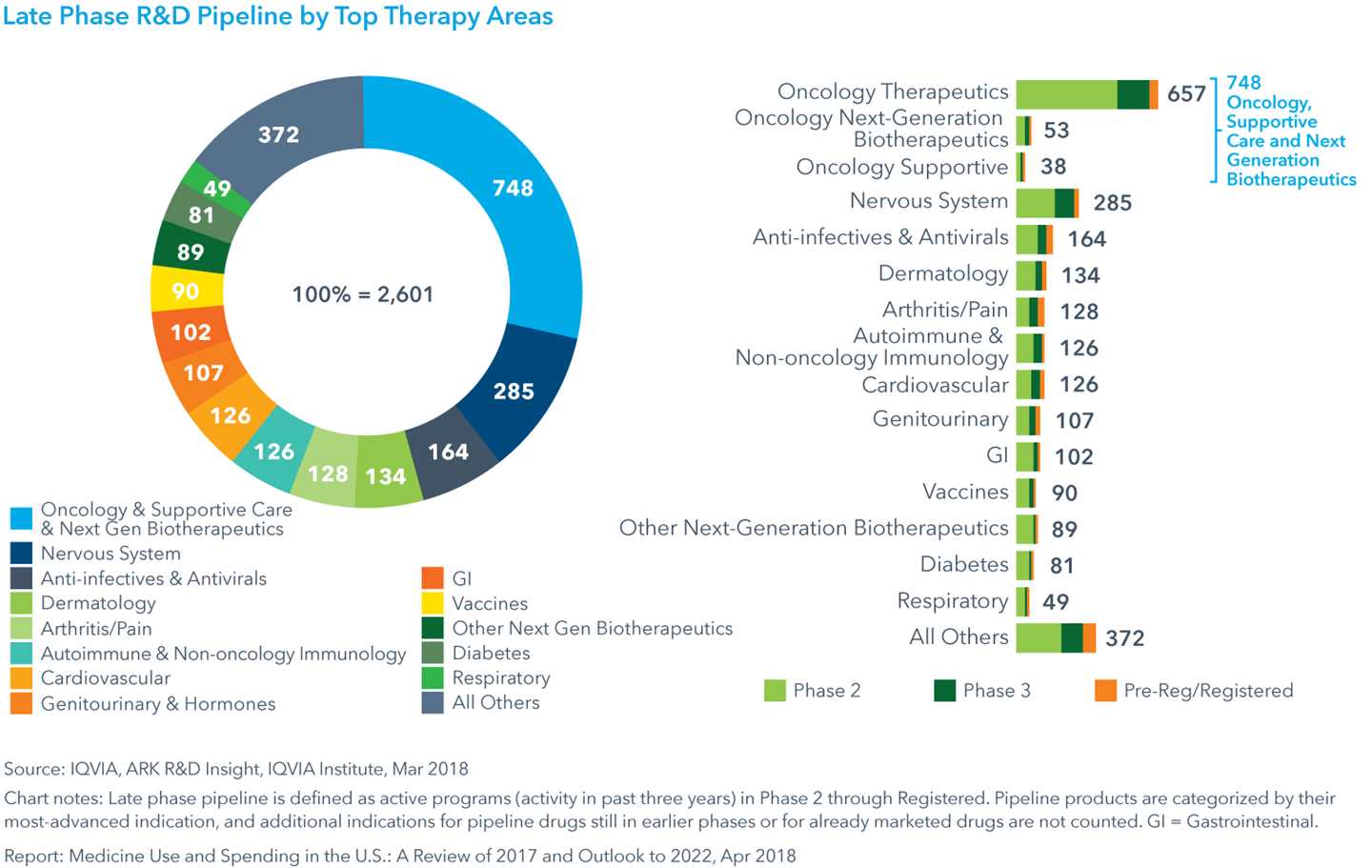 Chart 32: Total Spending on Medicines, Growth and Outlook to 2022, US$Bn 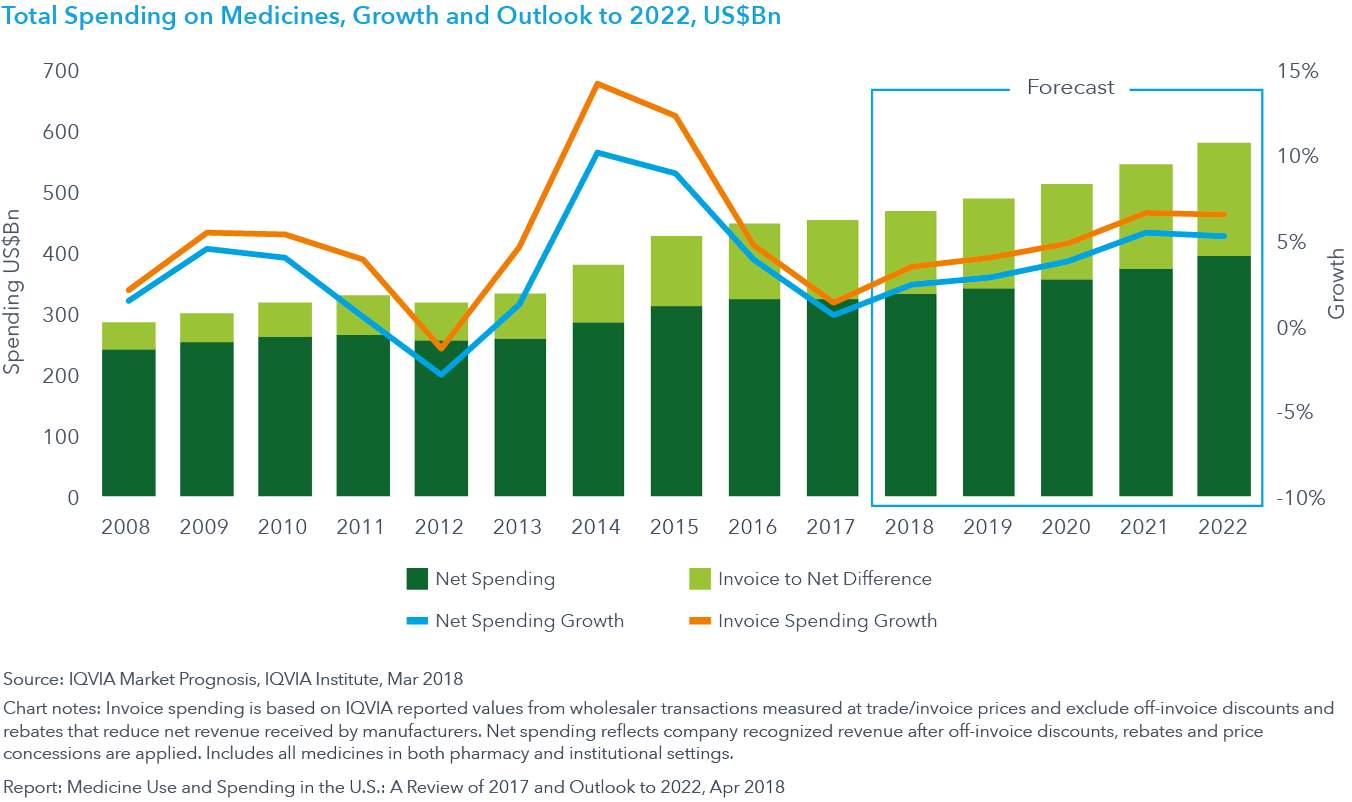 Chart 33: Retail and Mail Spending on Medicines, Growth and Outlook to 2022, US$Bn 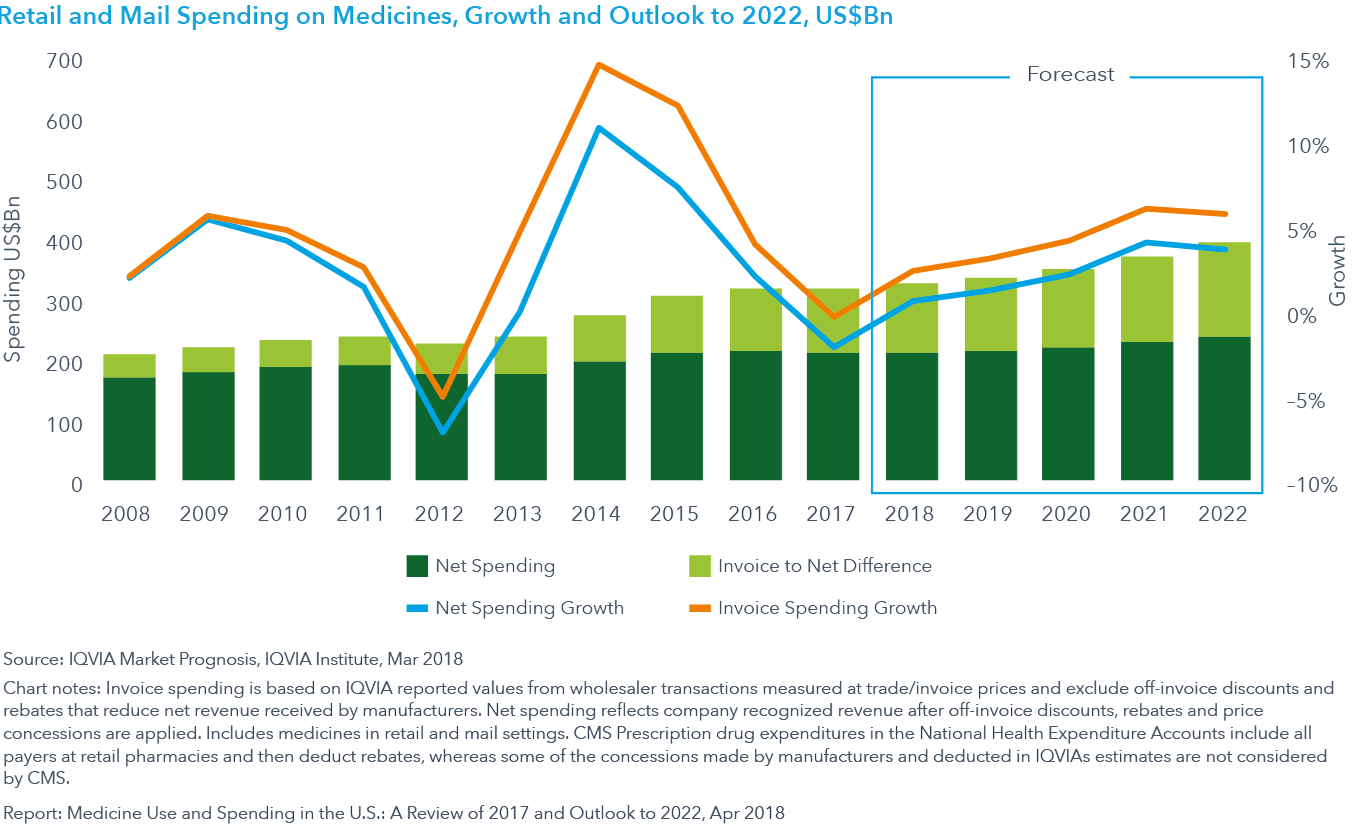 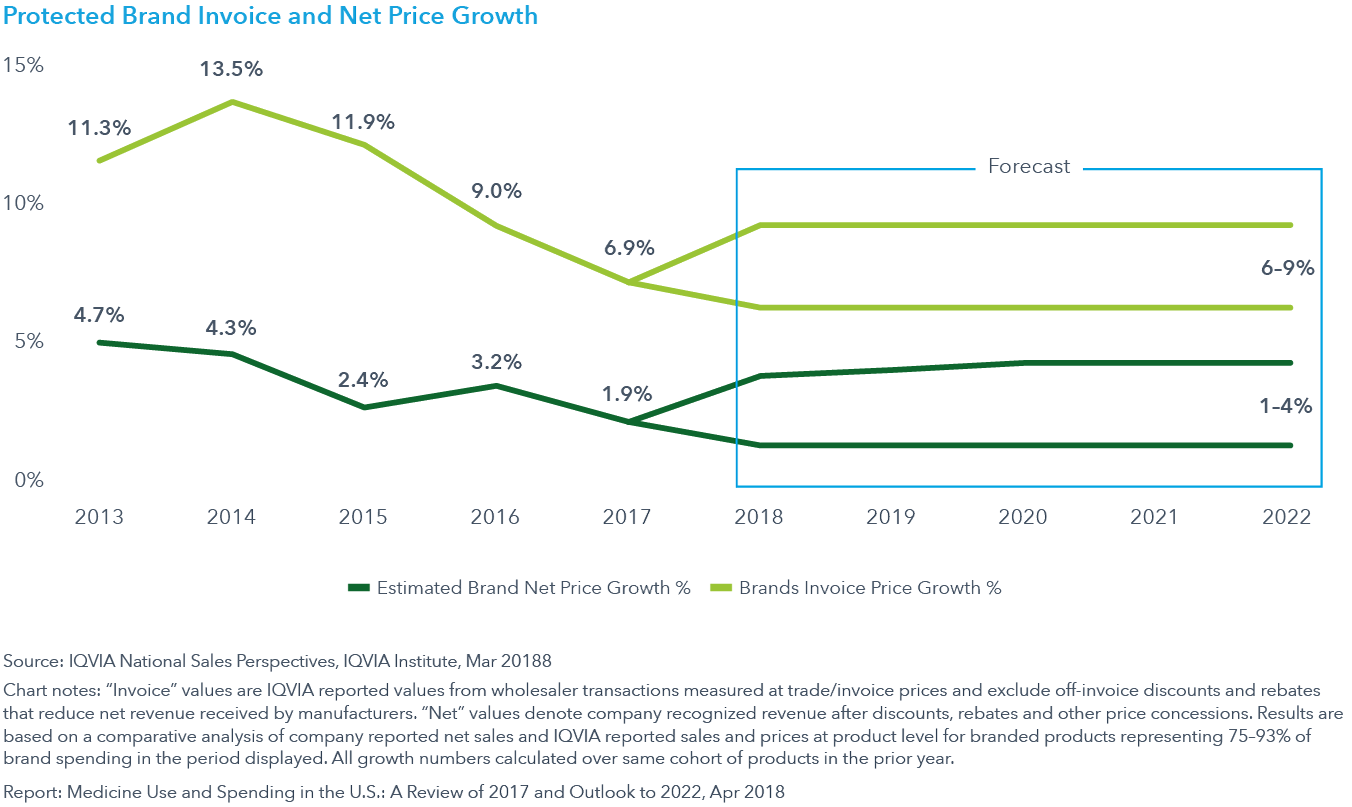 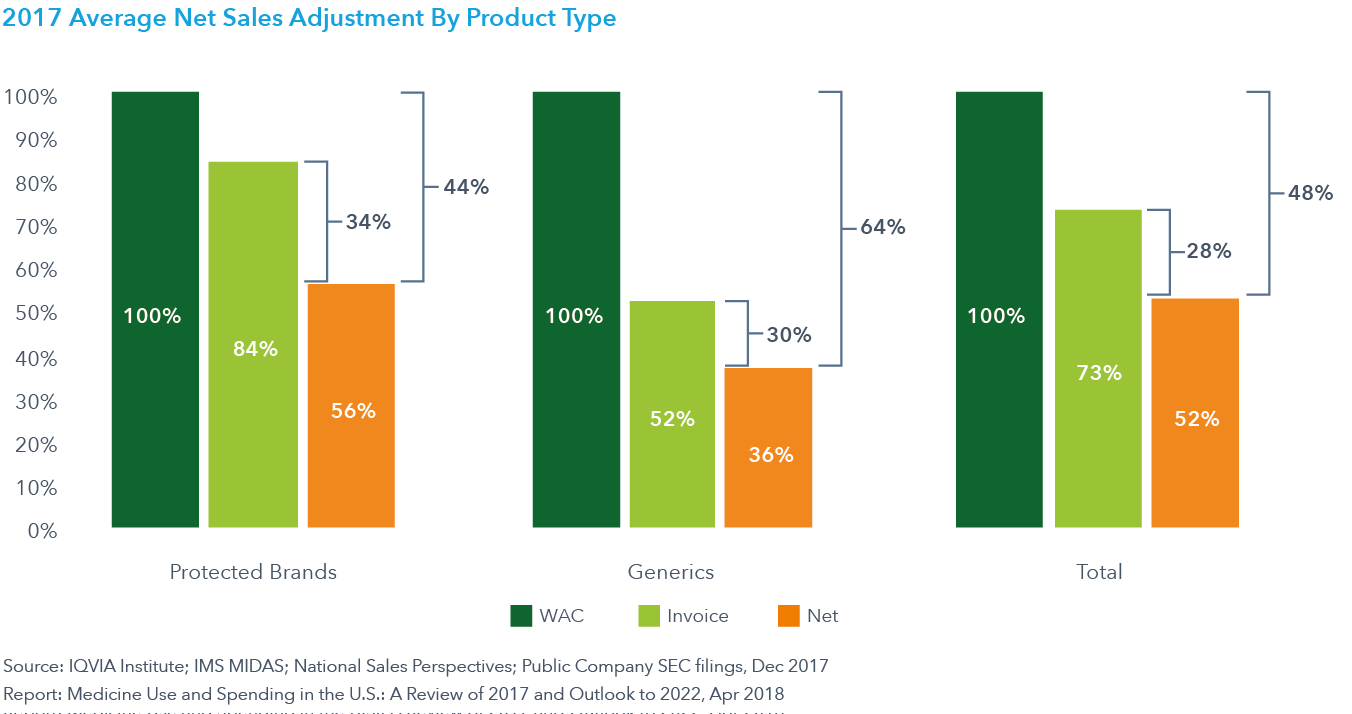 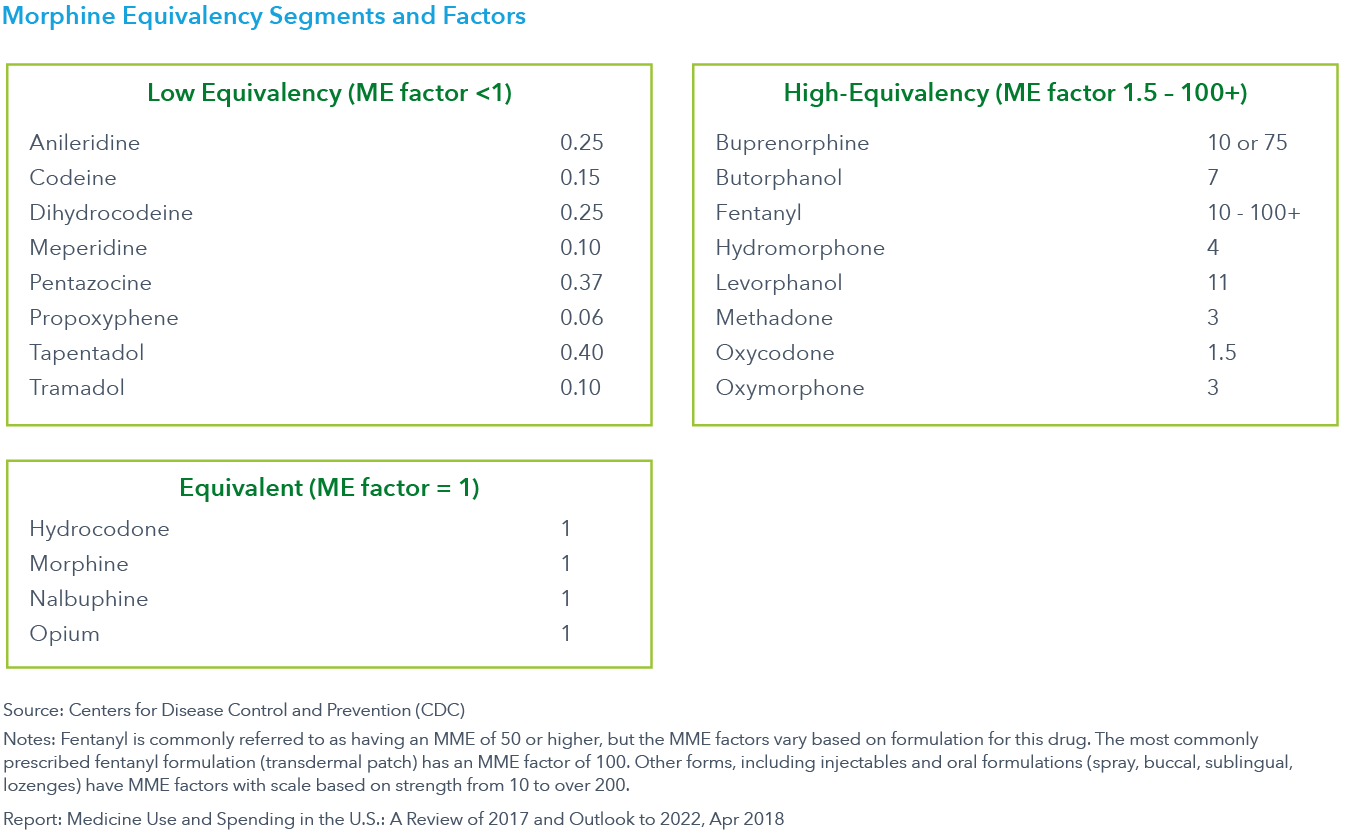