Over the past 20 years, over 700 new active substances (NASs) have successfully been discovered, developed and authorized by regulatory bodies for use with patients globally. This report profiles the NASs launched in the U.S. over the past 20 years and measures the length of a molecule’s lifetime from patent filing to launch and eventual patent expiry. It also explores the significant variations in this lifetime when viewed by molecule characteristics such as therapy area, orphan drug status, and the type of companies involved in the development and marketing. These issues and trends highlight important implications for investors and manufacturers.

A total of 667 innovative biopharmaceuticals launched in the U.S. over the past 20 years, 1996-2015, bringing new treatment options to patients. After a low point of only 19 NAS launches in 2008, the number has steadily increased and reached 47 in 2015. The characteristics of biopharmaceutical innovation have also evolved over the past two decades, with increases in the share of cancer treatment launches from 11% to 28%, orphan indications from 21% to 42% and biologic launches.

The time between when a medicine is discovered and when the originator ceases to receive significant revenues can be considered its lifetime. The average time from initial patent filing until launch for all molecules studied is 12.8 years, while the time from a product’s launch until the expiration of its patent or other form of exclusivity is just over 13.5 years and has been steadily declining. The combination of these factors are contributing to a decline in economic returns from investment in research and development, although these remain positive.

The majority of drug launches achieve modest levels of average annual sales in their first five years on the market, although a relatively small number of outlier products garner significantly higher sales. A growing percentage of products are taking longer than five years to reach their peak sales, which may reflect slower progress to reach the patients who will benefit from the new medicines. 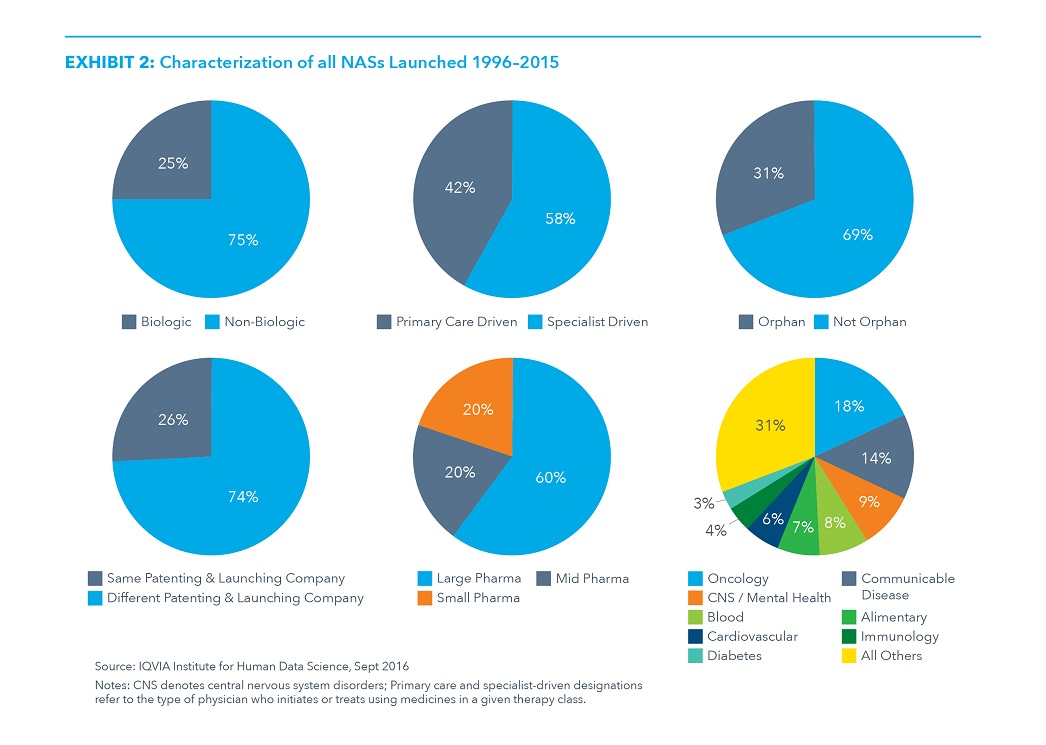 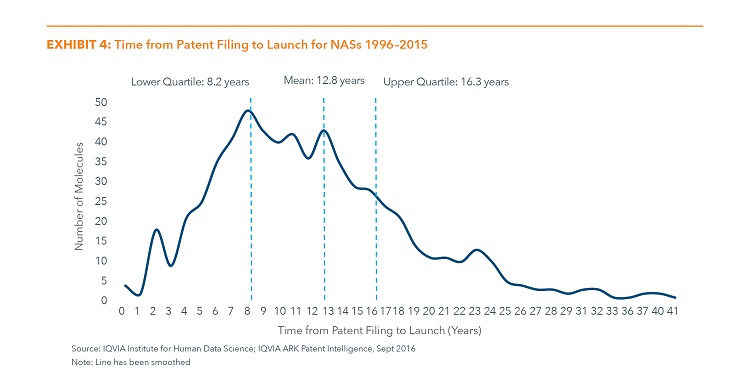 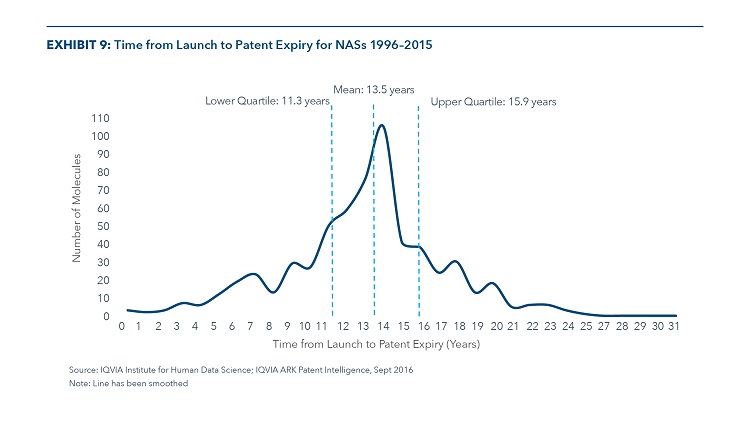 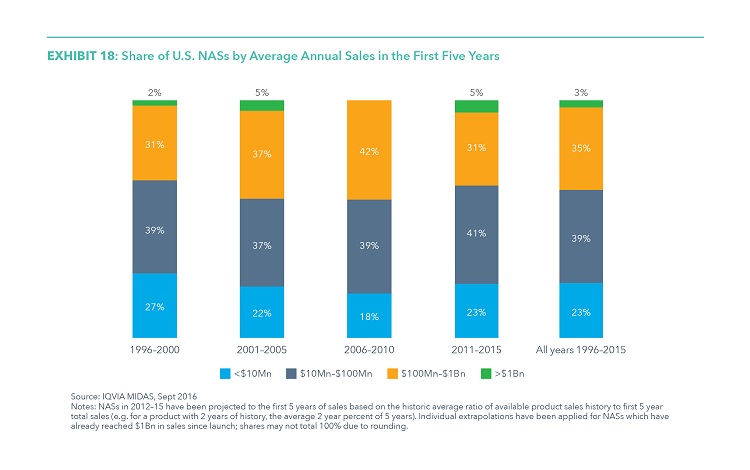